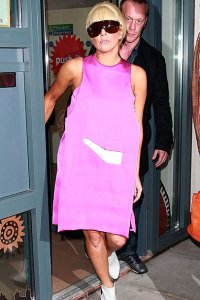 The sometimes shocking singer and performer has been known to frequent a Bikram yoga studio on New York City's Lower East Side -- once showing up in little more than lacy underwear and leaving her instructor a note that read "Yoga heals me." [Source: Heller] Gaga needed hip surgery in February, 2013, and was confined to a wheelchair for a few months, but was spotted back in yoga class in April. 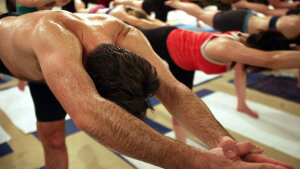