by Robert Lamb Jan 18, 2018
Bikram, or hot, yoga centers around 26 poses or asanas performed in a heated, specially humidified studio for around 90 minutes of stretching, sweat and detoxification. Matt Cardy/Getty Images

Some like their yoga hot – 105 degrees Fahrenheit (40 degrees Celsius) to be exact – but according to a recent study published in Experimental Physiology, the heat might have nothing to do with the style's health benefits.

Yoga is an ancient Indian practice dating back thousands of years. As William J. Broad describes in "The Science of Yoga: The Risks and Rewards," its roots lay in "an obscure cult steeped in magic and eroticism." But the practice has evolved over time, reaching the West in the mid-19th century and exploding in America during the 1960s. Today, you'll find everything from spiritual yoga practices that invoke Hindu traditions to secularized models that target everyone from pro wrestling fans to death metalheads.

And then there's hot yoga – most notably Bikram yoga, founded by Calcutta-born Bikram Choudhury in the 1970s. Bikram yoga centers around 26 poses or asanas performed in a precisely heated, 40-60 percent humidity studio for around 90 minutes of sweaty action. The official Bikram Yoga website claims that the heat "helps you practice your postures optimally" but while critics have previously raised concerns over elevated body temperatures, no study had actually isolated the effects of heat in the practice.

That's according to the authors of the new study carried out at Texas State University and the University of Texas at Austin. They brought in 80 study participants ages 40 to 60, all of whom had lived sedentary lifestyles for at least six months. Following health screenings, they randomized the participants into three groups: a thermoneutral group, a heated group and a control group. For 12 weeks, the heated group attended three Bikram yoga classes a week in a traditional hot room while the thermoneutral group attended the same number of classes, only under – you guessed it – room temperature conditions (73 degrees Fahrenheit or 23 degrees Celsius). The control group did nothing.

In the end, 52 of the 80 subjects completed the interventions and returned for follow-up testing: 19 hot, 14 thermoneutral and 19 control. The researchers compared their findings and determined that Bikram yoga can reduce changes in blood vessel lining linked to heart disease, and that it can possibly delay the buildup of arterial plaque, which can lead to heart attack or stroke. But here's the kicker: The benefits were present in both the heat and room temperature groups, indicating that heated rooms – that Bikram calls "torture chambers" – don't actually make a difference.

That being said, many yoga practitioners do like it hot – and sweaty. Even amid legal scandals surrounding its founder, Bikram yoga boasts studios around the world – and that's in addition to various other nonaffiliated "hot yoga" styles. If these latest findings hold true, however, that hot room might be no more essential to the practice than an iPod shuffle full of Kirtan music.

Now That's Interesting
Don't feel sorry for the control group in the Texas yoga study. They received debit cards and class discounts after the completion of the study, affording them the opportunity to jump into some hot or thermoneutral yoga themselves. See, landing in the control group isn't all bad.

Ridiculous History: Breadfruit, the Bounty and the Birth of Globalization

State-issued IDs May No Longer Be Enough to Board U.S. Flights 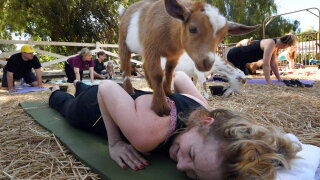 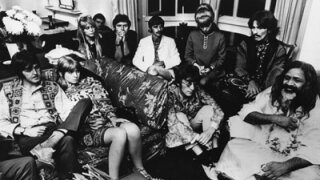 Did the Beatles introduce yoga to the Western world? 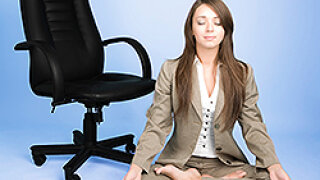