All Hyped Up? Weirdly, the Best Thing for You Might Be a Stimulant

by John Donovan Nov 8, 2016
Stimulants are often given to children with ADHD because research has shown that stimulants calm them down. RapidEye/Getty Images

You don't give an alcoholic a shot of whiskey. You don't slap a slab of prime rib in front of someone struggling with obesity. And you probably want to keep the chocolate box away from a diabetic.

So why is it that doctors often prescribe stimulants for the hyperactive kid across the street or that sometimes too-worked-up coworker? Isn't that like giving a smoker an unfiltered Camel?

Not at all. Since at least the 1950s, doctors have been doling out stimulants to calm down overstimulated people. Drugs like Adderall (dextroamphetamine) and Ritalin (methylphenidate) are now given readily to those with Attention-Deficit/Hyperactivity Disorder (ADHD, or sometimes just ADD).

The reason for that is simple: They work.

How they work — how these stimulants do their job on a brain that is already overstimulated — is the complicated part.

It's All About the Dopamine

Neurotransmitters are chemicals released from one neuron to another in the brain. Think of them as a kind of taxi for electrical impulses. Dopamine is one of these neurotransmitters, and it's a key player in hyperactivity. From the National Center for Biotechnology Information:

Dopamine is a major transmitter in the extrapyramidal system of the brain, and important in regulating movement.

In a brain with ADHD, the balance of dopamine — found in a structure in the brain called the basal ganglia (which is also linked to the coordination of movement) in the prefrontal cortex — is out of whack. In a person with ADHD, says Dr. David Erlij, most of the dopamine is in the "on" pathway, leading to hyperactivity and other problems, including difficulty controlling impulse and paying attention.

The role of stimulants like Adderall and Ritalin (there are others) is to balance things out. They stimulate the production of more dopamine in the "off" pathway, says Erlij.

In broad terms, Erlij says it works like this: You cross a street, dopamine kicks in to start your movements. The "on" path is activated. After you've crossed the street, the brain needs dopamine to stop the movement — the "off" path.

"Dopamine plays a role on both those sides, but the balance is modified in people that have hyperactivity. The 'on' pathway is very activated, and probably saturated by the dopamine," says Erlij. "So when you give these drugs [the stimulants], the 'on' pathway is already going well, so now you're activating the 'off' pathway, and that's where the calmness comes. If you get the right dose, you even things out."

Easy With the Stimulants

Erlij says that stimulants, medically speaking, are useful only for attention and hyperactivity disorders, though the National Institute on Drug Abuse says they also are used for narcolepsy (a disease marked by extreme sleepiness and uncontrolled bouts of falling asleep) and, occasionally, depression. Still, with more than 6 million children diagnosed with ADHD according to the Centers for Disease Control and Prevention, there's a lot of possible use.

Unfortunately, stimulants are often abused. Think amphetamines and cocaine. Abuse of stimulants can lead to hostility, paranoia, even psychosis, NIDA says. Physically, abuse can result in an irregular heartbeat, seizures or cardiovascular failure.

But with the right diagnosis and in the right doses, the right stimulant can do exactly what it sounds like it shouldn't do: Keep the overstimulated calm and cool.

Now That's Interesting
In 2012, Erlij and some colleagues in Mexico helped identify the mechanisms involved in stimulants' effects on hyperactivity. They narrowed the culprit down to a dopamine receptor — D4 — and suggest that genetic defects may be why the receptor misfires and causes hyperactivity. The CDC says that genetics may be important, but scientists are studying other possible causes — including brain injury, environmental exposure in the womb and alcohol and tobacco use during pregnancy

Thousands Line Up to Place Voting Stickers on Susan B. Anthony's Grave 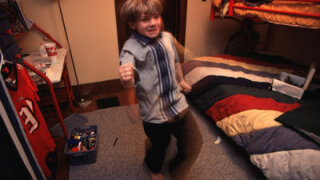 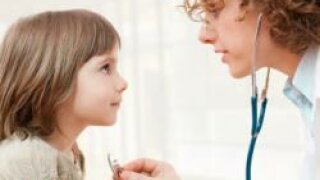 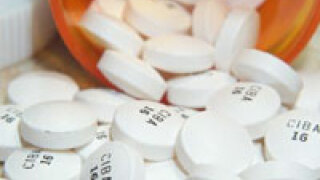