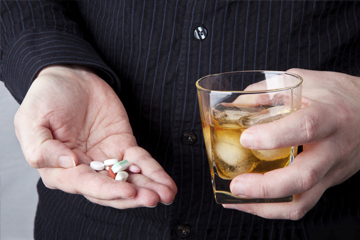 Three antibiotics are known for causing the most problems if you mix them with alcohol: metronidazole (most common brand name: Flagyl), tinidazole (Tindamax) and trimethoprim-sulfamethoxazole (Bactrim).
pmcdonald/iStock/Thinkstock

Drinkers of the world, rejoice! All this time you've been thinking you had to avoid alcohol when you're on antibiotics, but we're here to tell you that isn't actually true: Having a drink or two when you're taking most antibiotics won't reduce the drugs' effectiveness or cause any side effects. It might dehydrate you, sap some energy and slightly lengthen the recovery time from your illness, but you won't suddenly vomit after a glass of wine at a dinner party or collapse on the street post-margarita. Get your sick self to the bar and have a cocktail already!

Well, not so fast. Before you go, check your prescription to see exactly what antibiotic you're taking. The majority of them are fine, but a select few will cause some nasty side effects. (If your doctors are worth their salt, they'll make sure to warn you if they prescribe one of these drugs, but just double-check.)

There are three anti-infective drugs that will cause the most problems if you mix them with alcohol. They're generally used to fight infections, like those caused by intestinal worms and the parasite giardia. Metronidazole (most common brand name: Flagyl), tinidazole (Tindamax) and trimethoprim-sulfamethoxazole (Bactrim) can block the main pathways in your body that metabolize alcohol. This leads to a buildup of acetaldehyde, a substance the liver creates when it's trying to break down alcohol. Excess acetaldehyde is part of what gives you a hangover. Drinking even one beer while taking one of these antibiotics will immediately give you severe hangover symptoms -- headache, rapid heart rate, nausea, vomiting, you name it.

Cefotetan (Cefotan) is another antibiotic you shouldn't combine with alcohol, for most of the same reasons we just explained. Isoniazid, used to treat tuberculosis, can inflame the liver, which could be exacerbated by alcohol and lead to a mild case of hepatitis. Linezolid (Zyvox) and erythromycin also come with specific warnings about alcohol use. If your liver is already damaged from chronic alcohol use, it'll cause more problems to drink with just about any antibiotic.

Even if you're not taking one of these red-flag antibiotics, alcohol will still have effects on your recovery effort. Alcohol dilates the blood vessels in your limbs, which could hinder your body's attempts to create a fever to fight the infection. Your kidneys will lose fluid, making you extra dehydrated. And binge drinking while on antibiotics for a viral infection could cause serious damage to your muscles.

It obviously isn't the greatest idea in the world to go out drinking if you're on antibiotics -- and it should go without saying that binge drinking would be a really terrible idea. You're on antibiotics because you need to get better, and while a cocktail or two won't land you in the hospital, it won't exactly help your cause, either. 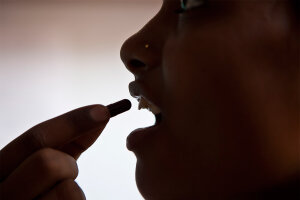 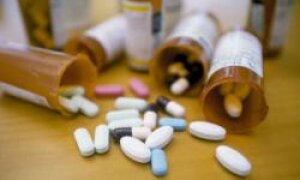 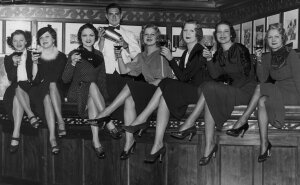