How Iconic — But Ineffective — Drug Prevention Program D.A.R.E. Is Reinventing Itself

The cops meant well. But D.A.R.E. — the kids' drug-prevention program that Los Angeles police officers began in 1983 — was a bust. Not only did several studies show that the program had little or no measurable effect on adolescent drug use, one study suggested that schoolkids who went through it were slightly more likely to try drugs than those who didn't.

The idea behind D.A.R.E., aka Drug Abuse Resistance Education, was simple. Rather than bust kids later for buying illegal drugs or alcohol, police officers would try to prevent them from engaging in these activities in the first place. Their method? Spend an hour every week in the schools, typically with fifth, sixth or seventh graders, and tell them all about the evils of drugs and underage drinking.

The program was wildly popular among parents, teachers and even kids; at its height (circa 2000), 75 percent of schoolchildren were receiving D.A.R.E. education at a cost of hundreds of millions of dollars annually. But as study after study showed the program wasn't working, school districts began dropping it in droves.

In a recent episode of the new comedy/news podcast The Daily Zeitgeist, host Jack O'Brien reminisced about his own D.A.R.E. education at school while discussing today's opioid crisis.

"It was the first place I ever smelled weed," says O'Brien. "[The cop] was like, "Smell that — It's going to be the worst smell you've never smelled.' I actually thought, 'That smells [good].'"

Why was the D.A.R.E. program so ineffective? Researchers say it had several major flaws. First, effective drug education programs involve students interacting with each other, not simply listening to an instructor. For example, students might be taught skills for resisting peer pressure to use drugs, then asked to role-play several scenarios with each other.

Second, experts say D.A.R.E instruction focused too much on ominous warnings. The instructors made it sound like most students were using drugs when, in fact, most were abstaining. Successful programs push the abstinence message so students don't feel they need to use drugs to be like everyone else. Studies also showed kids need several years of anti-drug messaging, not the several months they were receiving.

In 2009, after growing anti-D.A.R.E. sentiments, the program adopted a new, evidence-based model (called Keepin' it Real) that focuses more on communication, life skills, conflict resolution and good choices. Researchers say more time must pass to determine the new curriculum's effectiveness. But many schools are already re-signing with D.A.R.E. With the dire opioid problem facing America today, D.A.R.E. has extra incentive to get it right this time.

The Daily Zeitgeist is a humorous look at the day's news through the eyes of comedian and Cracked.com co-founder Jack O'Brien and writer Miles Gray. New episodes are delivered Monday through Friday. To hear this episode, listen to "The Greatest Drug Dealer in American History."

NOW THAT'S SHoCKING
A whopping 64,000 Americans died from drug overdoses in 2016. Not only is that figure 21 percent higher than the previous year, but it tops the number of Americans killed in the Vietnam War (58,220).

Why Do We Keep Turning Our Monsters Cute? 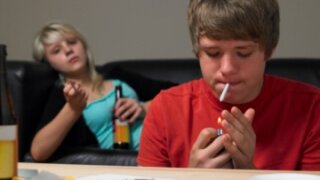 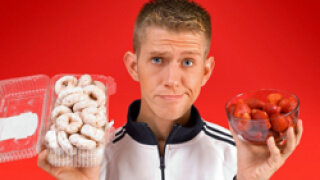 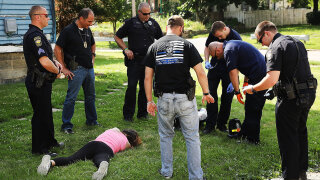