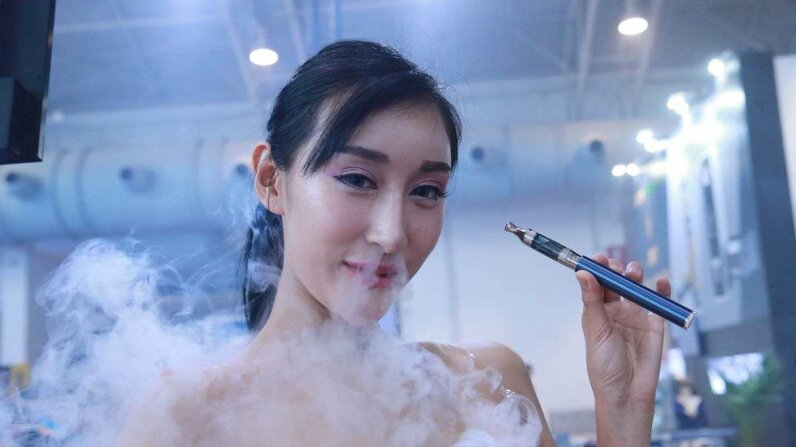 Sometimes it seems like the whole world is turning to e-cigarettes. Whether you're in a bar, at the office or inside a hospital room, it can be difficult to escape the vape. Those mechanical nicotine delivery devices are often touted as a safe alternative to smoking regular jacks, and even a good way to wean yourself off of the habit altogether.

That's because some say the vapors aren't chock full o' carcinogens like old-fashioned tobacco smoke, and vape users can control the amount of dependency-inducing nicotine that they take in. The trouble is that the chemicals found in many vaping flavoring juice mixes may carry their own harmful effects, including the threat of serious lung disease known colloquially as "popcorn lung."

Popcorn lung sounds like it could be an organ-shaped bag of buttery puffs that some new movie theatre is handing out to get Netflix fans off their couches. Its technical name — bronchiolitis obliterans — is much less fun. The serious respiratory disease has been associated with diacetyl, a chemical used to flavor microwaveable popcorn. Researchers recently discovered that the same chemical in many electronic cigarettes.

A team of Harvard scientists found diacetyl in the flavor chemicals in more than 75 percent of the e-cigs and refill packages they tested. That includes many of the candy- and cupcake-flavored vaping products that critics claim are aimed at younger users. The researchers were so alarmed that they called for immediate further tests on vapers' "potentially widespread exposure" to the harmful chemical.

Popcorn lung is a nagging respiratory condition that can do a number on a person's quality of life. It stems from irreversible scarring and tissue damage within the lung that throws a hitch in our bodies' natural ability to regenerate and repair cells. The result is a layer of thick and fibrous tissue in damaged areas of the lung that can cause breathing problems, chronic coughing, pneumonia and even death, in some cases. Although the symptoms can be treated — including through lung transplant in severe situations — there's currently no known cure for popcorn lung.

The condition got its handle after workers at microwave-popcorn plants developed symptoms later attributed to their on-the-job exposure to diacetyl. Many of the largest popcorn makers have since banned the chemical from their products. In 2012, however, a Colorado jury awarded $7.2 million in damages to a man who said he developed bronchiolitis obliterans from eating microwaveable popcorn.

The Harvard study comes as U.S. regulators are still trying to get a handle on the e-cigarette industry. The Food and Drug Administration (FDA) has proposed treating vaping devices much like tobacco products, but those rules have yet to be finalized. While mechanical cigs might help steer nicotine-seekers away from tobacco, skeptics say that there's still little information about what chemicals wind up in those vaping gadgets. Concern about the effects of secondhand vape have also led many cities and states to ban the products' indoor use.

Now That's Interesting
The use of e-cigarettes by U.S. middle and high school students recently tripled in one year, with about 2 million students saying they vaped at least once in the last 30 days in 2014.