From Patent Medicine to Research Only 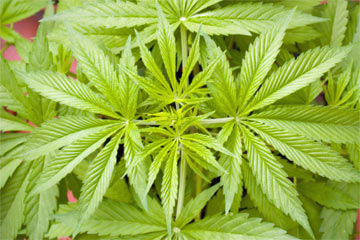 Marijuana in its natural form
iStockphoto/Thinkstock

Much of the credit (or blame) for medical cannabis use in modern times falls on the shoulders of an Irish doctor named William O'Shaughnessy. As a physician with the British East India Company, he learned of its use while in India. In 1830, O'Shaughnessy first conducted experiments with cannabis on animals then tried it on his patients, claiming to successfully treat muscle spasms, pain, vomiting and diarrhea. Other Western doctors followed suit, setting off a flurry of studies. In the United States, the first conference on medical cannabis took place in 1863. Pharmaceutical companies got into the act, marketing patent medicines to combat many of the same conditions cited by O'Shaughnessy. Once aspirin was synthesized in the late 1800s, cannabis was used less popularly to treat pain and increasingly for recreational purposes.

The U.S. Food and Drug Administration (FDA) was formed in 1906, putting an end to the patent medicine industry, and laws were soon passed to tightly restrict cannabis use to FDA-approved research studies only. Not to be outdone, Canada made cannabis illegal in 1923, while the United Kingdom followed suit a few years later. Negative press about cannabis abounded in the tabloid papers of the 1930s, associating its use with Mexican immigrants -- which is how it became known as marijuana instead of cannabis -- and blaming the drug for driving people to commit crimes. However, the American Medical Association was still touting the safe medical use of cannabis into the 1940s. In 1961, the United Nations Treaty 406 Single Convention on Narcotic Drugs was signed, which pledged to eradicate both cannabis cultivation and use across the world in 30 years.

However, medical cannabis research (and use, of course) continued regardless of the drug's shifting changes in legal status. Researchers around the world felt that O'Shaughnessy and his ancient predecessors were on to something. For example, doctors in both (what is now) the Czech Republic and in Argentina independently published studies in the early 1960s that outlined the drug's antibiotic properties. Its use in reducing intraocular pressure, the main cause of glaucoma, was studied in the United States, Eastern Europe and among Jamaican communities from the 1950s through the 1970s. Although recreational marijuana use became associated with the hippie movement in the 1960s, returning Vietnam veterans were also using it to deal with muscle spasms caused by injuries as well as post-traumatic stress disorder (PTSD).

Since the 1980s, research into medical cannabis has focused mainly on two different types of use: to treat conditions that cause wasting and those that lead to muscle and skeletal problems, although other studies abound. Coming up, learn about just some of the ways that patients are using medical cannabis.