by Alia Hoyt Aug 16, 2017
Medical workers and police treat a woman in Ohio who has overdosed on heroin. At least 4,149 Ohioans died from drug overdoses in 2016, a 36 percent increase from 2015, making Ohio the leader in U.S. overdose deaths. Spencer Platt/Getty Images

Primarily by way of prescription pads, opioids have quietly snuck in and escalated into a nationwide crisis, ramping up drug overdose deaths to the point that they are now likened to losing a Vietnam War every year, or, according to the members appointed by President Donald Trump in March to investigate the crisis, a death toll equaling September 11 every three weeks.

Few, if any, areas in the U.S. remain untouched by this epidemic, but it has hit certain parts of the country with exceptional vigor, including the Northeast (especially Massachusetts, New Hampshire and Rhode Island), and the "Rust Belt," (Illinois, Indiana, Michigan, Ohio and Pennsylvania). Tennessee, Kentucky, Utah, New Mexico and West Virginia also top the list of states experiencing rampant drug overdose deaths, the majority of which involve opioids.

The U.S. as a whole has the unfortunate distinction of leading the international pack in opioid abuse by a huge margin. The report recently given to President Trump by the Commission on Combating Drug Addiction and the Opioid Crisis detailed sobering statistics, including how 2015 alone saw enough opioids prescribed in the United States to thoroughly medicate each and every American for a period of three weeks.

The report also notes that more than 560,000 Americans died between 1999 and 2015 of drug overdoses, two-thirds of which were caused by opioids like OxyContin, heroin and Percocet, as well as Fentanyl, a comparatively newfangled and highly deadly version. This staggering statistic means that drug overdoses now kill more people than both car crashes and gun homicides combined.

So, why are opioids causing disproportionate trouble in certain areas? "The epidemic reaches every corner of the country, but is particularly ravaging rural areas. Opioids have been more readily available to rural doctors than other forms of pain treatment such as physical therapy, pain specialists, neurologists or surgeons," explains Dr. Steve Kearney with SAS US Government Practice, which is providing analytics and data visualization technology to the Commonwealth of Virginia to help curb the opioid epidemic. He adds that lack of rural access to residential treatment, medication-assisted treatment, partial hospitalization, inpatient detoxification and intensive outpatient programs also plays a major role. "The result is that rural citizens struggling with opioid abuse have a more difficult time getting help. And these services are not always covered by Medicaid or insurers, which disproportionately affects low-income people."

Ohio and New Hampshire unfortunately illustrate the reasons specific areas are extra-ravaged by the opioid crisis. In 2016 Ohio led the nation in overdose deaths, a situation that doesn't appear to be improving. In fact, Montgomery County has logged more deaths in the first half of 2017 than in all of 2016, with the county morgue forced to expand the facility to house the dead. For many, America's heartland seems like an unlikely spot for such a dark time. The epidemic there began with doctors over-prescribing pain medications, and now the state is currently suing five drug companies who it says gave misleading information about the addictiveness of their products. The problem has now morphed into a crisis in which addicts, unable to access prescriptions any longer, turn to highly dangerous synthetic opiates like heroin, fentanyl and even ultra-deadly animal tranquilizer called carfentanil. Mexican drug cartels have used the state's highway systems to their advantage, setting up camp and spreading distribution far and wide.

New Hampshire is also caught in the tailspin, ranking second in the country in 2016 in opioid deaths relative to population. A couple of contributing factors include that the state is second to last in substance abuse prevention and treatment programs, limiting opportunities for addicts to find and get help. Much of the state is also so rural that drug abuse is considered a social activity, often simply for lack of anything better to do. Like Ohio, drug traffickers are making good use of highway systems, bringing drugs up to New Hampshire by way of Connecticut and similarly beleaguered Massachusetts.

Indeed, overdose data has been instrumental in identifying particularly at-risk communities. The Centers for Disease Control and Prevention (CDC) has noted that opioids were prescribed six times more in the highest prescribing counties in 2015, compared with the lowest prescribing counties. Yet, the CDC says that county-level factors (income level, demographics and rural vs. urban) only account for one-third of the differences, leading the experts to believe that people truly are getting different care based on where they live.

"Data and analytics can help law enforcement identify patterns and anomalies that suggest the existence of overprescribing by providers ("pill shops") and doctor shopping by patients," Kearney says. "Data can also be used to identify the origin of illicit drugs, patterns of distribution and networks of users. This data can be combined with treatment center data to help those in need and to also punish those that continue to profit from this epidemic."

The commission made a number of recommendations to President Trump, one calling for the administration to fund and expand data sharing between states via prescription drug monitoring programs, both to identify individuals at risk of drug abuse and monitor prescribing/dispensing habits. The commission also asked the president to declare a national emergency, which would open up emergency funding from Congress empower. "It would also awaken every American to this simple fact: If this scourge has not found you or your family yet, without bold action by everyone, it soon will." In fact, in a sad twist of fate, Nashville Mayor Megan Barry lost her son to an overdose on July 30, just one day before the commission released its report.

Since the request, President Trump initially declined to declare a health crisis, with Health and Human Services Secretary Tom Price saying the administration had the resources it needed to focus on the problem without declaring an emergency.

But two days later on Aug. 10, Trump reversed his decision and said it was a national emergency during an impromptu press briefing. But as of press time, his administration still had not formally declared it one. That is what is required to execute the legal authority to access certain powers and government funds, including public health workers, Medicaid, congressional aid and more.

Some of the additional recommendations made by the commission include a call to eliminate existing treatment barriers, mandate education initiatives for providers and enhance funding and access to Medication Assisted Treatment (MAT).

Now That's Scary
Some opioid addicts turn to street heroin when their prescription chain dries up. Cheap and easy to find, even in the 'burbs, heroin has made a major resurgence. Fentanyl, however, is a synthetic opioid that is far more powerful and deadlier than even heroin, and is currently virtually undetectable at the border.

During Transit Delays, Riders Prefer the Ugly Truth Over Platitudes 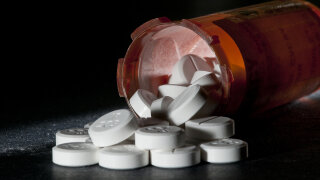 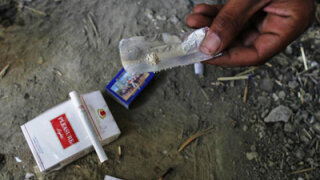 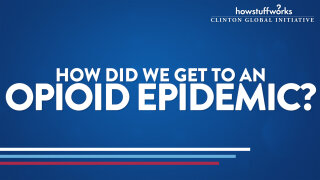