Psychedelics Are Good for Neuroplasticity in Rats. What About Humans?

by Robert Lamb Jun 13, 2018
This photo shows the effects of three psychedelics and a control on rat neurons. The control group is the top row. DOI, DMT and LSD are the second through fourth rows, respectively. Ly et al.

Psychedelic drugs have long been associated with an opening of the mind, and now a June 2018 study published in Cell Reports points to evidence of psychedelic-induced neuroplasticity in rats and flies.

The University of California, Davis study examined the effects of several drugs in test-tube and animal experiments — including DMT, LSD and the amphetamine DOI. They found that DOI, DMT and LSD in particular made neurons more likely to branch out and develop — a changeable state of neurology often referred to as neuroplasticity.

Neuroplasticity is simply the brain's ability to adapt. We humans boast incredible powers of neuroplasticity, especially during early childhood. Our neural circuitry branches out to master the skills necessary for survival — and then neural stability sets in. The door doesn't quite shut on, say, learning a new language, but it closes considerably. That which was plastic becomes stable.

And neural stability is important, too — part of a necessary balance in the human brain. But scientists continually look to possible ways of widening those doorways to learning and tapping back into adult latent neuroplasticity. After all, neuroplasticity treatments could one day aid in the treatment of neurodegenerative disorders (like Parkinson's), anxiety, depression and posttraumatic stress disorder (PTSD).

Based on their findings, the UC Davis team thinks that that psychedelic compounds such as DOI, DMT and LSD may pave the way for prescription neuroplasticity drugs. It's all a matter of capitalizing on their ability to expand the very neural circuits observed to atrophy during depression, anxiety and PTSD.

The researchers observed functional and structural changes in cortical neurons for both vertebrates and invertebrates exposed to psychedelic compounds — and isolated activity to the protein called brain-derived neurotrophic factor (BDNF). When BDNF was blocked, the psychedelics lost their ability to promote neural growth. The case proved to be the same with the mTOR signaling pathway, which plays a role in creating proteins for new synapse formation. If you think of the brain as a complex map, then this research places two key markers on what could one day prove the pathway to induced neuroplasticity.

Senior author and UC Davis assistant chemistry professor David E. Olson stresses that there's still a lot to learn — and that his team's experiments didn't entail human trials. But it's enough to suggest that the mind-expanding aspects of psychedelics may one day aid us in exciting new treatments.

Of course, we'll need to proceed with caution. While the possibility of neuroplasticity drugs offers tremendous hope for the treatment of debilitating neural and psychological conditions, there's also tremendous room for abuse.

Now That's Interesting
For an excellent discussion on the importance of neuroplasticity, check out the 2018 World Science Festival panel "Nuts & Bolts of Better Brains."

U.S. Needs to Have an Ongoing Conversation About Suicide

Why Adults Adopt Each Other 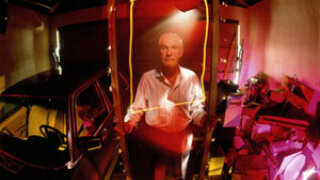 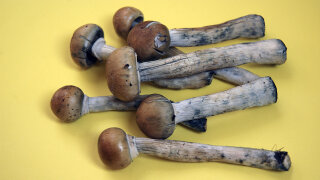 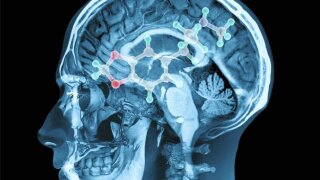