Should I drink a glass of wine each day to prevent aging? 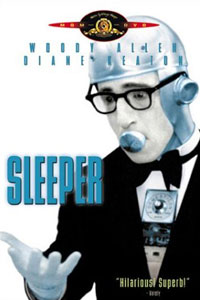 In the 1973 Woody Allen film "Sleeper," the title character wakes up after being frozen for 200 years to find that medical science has discovered, among other things, that hot fudge sundaes, cigarettes and steaks are good for your health. Shamefully, medical science has yet to conclude the same, although it does bear mentioning that chocolate has been found to contain compounds called flavonoids that have been shown to provide health benefits. Cocoa-heavy dark chocolate allows vasodilation in arteries, letting more blood flow to the heart and thus reducing the risks associated with coronary disease. Ice cream remains generally bad for you, though.

"Sleeper" and the huge headlines chocolate's health benefits receive reveal something interesting: We have a burning desire for our vices to turn out to be good for us. We'd all like to live long, healthy lives, but we also really like our bad habits too. This is why wine lovers' hearts soared when it was revealed that a compound found in red wines could extend the lives of lab animals in experiments.

Deep within a nice glass of Pinot Noir, Cabernet Sauvignon or any other red wine is a substance called resveratrol. It's a non-flavonoid antioxidant polyphenol (the substance found in dark chocolate is a flavonoid antioxidant) that may have a healthy impact on heart health. Don't hit the liquor store yet, though. First, the jury's still out on precisely what kind of long-term benefits (if any) red wine provides the heart. The doses of resveratrol used in promising clinical trials on mice were quite small, but a human would have to consume about 100 bottles of wine to get the same amount [source: DeCabo]. Second, the medical community is wary of endorsing alcohol, since too much of a good thing can cause lasting damage to other organs, such as the kidneys and liver.

Still, the results that have come in are promising, and it's worth a look at resveratrol and how it could potentially help people lead longer and healthier lives. You can find that on the next page.

How Resveratrol and Red Wine Could Extend Your Life 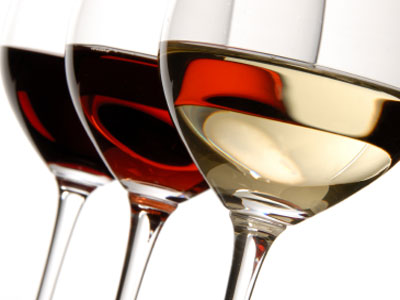 While all wines have resveratrol, reds have a higher concentration because the grape skins (where resveratrol is found) are kept in the winemaking process longer.
iStockphoto/Chiya Li

Resveratrol is a naturally occurring compound found in many plants, although it's found in abundance in the skins of grapes. Plants bearing this substance produce it to ward off disease and pests. It's found in all types of grapes, but much more is found in red wine than white -- since the grape skins are retained longer in the fermentation of red wine, it has more resveratrol.

Precisely how this natural pest repellant helps human beings is uncertain, but the results of some studies show that resveratrol's benefits appear to be several-fold. The most abundant positive results show the potential impact resveratrol has on the heart. It blocks the processing of low-density lipoproteins (LDL), the bad kind of cholesterol that leads to plaque buildup in the blood vessels. Resveratrol also promotes the absorption of high-density lipoproteins (HDL), the beneficial kind of cholesterol. This would explain why the French have a low incidence of heart disease coupled with a high incidence of wine consumption.

As an antioxidant, resveratrol can also destroy free radicals, which are atoms with an electron missing. When the open bond is filled by an oxygen molecule, the free radical can wreak havoc on cellular health and even damage DNA. Antioxidants can absorb free radicals and neutralize them.

All of these properties suggest how resveratrol could promote longevity, but there may be an even more direct link between red wine and a long, healthy life. Aging research has shown that genes play a major role in producing longevity in humans. So far, resveratrol has been proven to produce a positive effect on the process these genes govern.

In 2008, for example, a positive correlation between longevity among Ashkenazi Jews and a mutation they bear on the insulin-like growth factor (IGF-1) gene was uncovered. Lowered insulin production has long been suspected to be a key to longevity. Why? Because it can damage or kill cells as it helps transfer glucose through their membranes.

Resveratrol promotes an enzyme that blocks IGF production. It also activates another longevity gene, SIRT1, that protects the body by regulating fat storage and protects cells from apoptosis -- the process by which cells are killed off after a predetermined number of divisions. SIRT-1 kicks in when the body is starved for calories. This usually happens when a person takes in around 40 percent less than physicians recommend.

By producing the same effects as a genetic mutation -- like the one seen in the Ashkenazi, or the near-starvation conditions that activate SIRT1 -- the resveratrol found in red wine could lead to greater longevity. Plus, if the research pans out, you'll get to drink wine without guilt. It should be said, however, that physicians recommend no more than two, five-ounce glasses (one glass for women) of wine for anyone drinking it for the health benefits [source: Mayo Clinic].

This may sound like music to the ears of most oenophiles, but don't go running to the wine store just yet to compare nutty or buttery finishes and fruity bouquets. As we've seen, the clinical trials of resveratrol have been largely focused on lab animals using huge concentrations of the substance. It remains uncertain if there's enough antioxidant in wine to have any real longevity benefits for people -- an entire bottle of red wine averages about 4.5 milligrams of resveratrol, while some companies sell unproven oral resveratrol supplements in 20 milligram capsules [source: OSU, Heartwire]. Still, it doesn't seem like that one glass of red wine could hurt. In addition, the future could still prove that wine can produce longevity. Woody Allen must be proud.