Browse the article Antioxidants: What You Need to Know 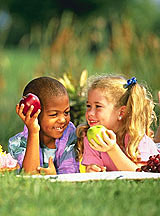