What should I eat to avoid the freshman 15? 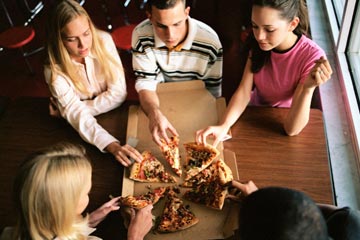 Go ahead and fight for that last piece of pizza. You'll be fighting to lose those extra pounds soon enough.
Image Source/Thinkstock

Weight gain: It's the bane of hundreds of thousands of people, but for one readily identifiable segment of the population -- college freshmen -- it's almost expected. The "freshman 15" is the general moniker given to those seemingly inevitable extra pounds that first-year college students put on. There's even a Web site, Freshman15.com, dedicated entirely to the foibles of this "condition."

Still, to dispel one myth, most students don't actually gain 15 pounds (6.8 kilograms) their first year. The freshman average is actually less than 5 pounds (2.3 kilograms), though research indicates that women will gain close to 15 pounds over the course of four years in college, and men will gain close to 10 (4.5 kilograms). But the term still reflects an actual phenomenon, and in many instances, it's understandable.

For the vast majority of these students, college represents the first extended time away from home. While on their own, many teenagers are going to assert their independence. That can mean eating whatever they want, whenever they want, and how much they want. Those three square meals a day that mom used to make -- for those who were lucky enough to get three balanced meals -- can quickly be replaced by greasy, high-fat foods and snacks that provide little true sustenance.

Even the dreaded school dining halls were often to blame, offering meals that may have been tasty, but not exactly nutritionally sound. That's changing, though, as more and more schools recognize that the cafeteria is one of the many selling points that an institution has to offer prospective students (and parents). You're apt to see more salad bars and dining choices that emphasize health-conscious ingredients and preparation, such as baking and grilling instead of deep frying.

So, while it might not be cool to publicly adhere to your mom's culinary expertise, taking ownership of your body, and what you put into it, is. Learn about nutrition and portion control. Eat simple, fresh foods, including plenty of fresh fruits and vegetables. Frozen or canned fruits and vegetables can be substituted, but check the labels (canned fruits, for example, are notorious for being packed in sugary syrups). The less processed foods, like starchy pastas, the better. Instead, choose a salad (foregoing creamy, high-fat dressings) or vegetable soup before lunch or dinner, which can help you cut back on the calories consumed during mealtime by providing healthy "filler."

Connie Diekman, a registered dietician and past president of the American Dietetic Association, suggests "a dinner plate should comprise two-thirds fruits, vegetables and whole grains" [source: Mann]. If you're an omnivore, opt for lean meats, poultry and fish. Avoid fried foods. Don't be afraid to treat yourself and splurge on things like french fries, a big pasta feed or ice cream every now and then -- remember, everything in "moderation" -- but make those allowances the exception, not the rule.

Don't skip breakfast, which can cause overeating later in the day, but don't opt for high-fat, high-calorie choices like egg-and-sausage sandwiches or doughnuts. Whole grain cereals, granolas and high-fiber multi-grain breads are good choices (while avoiding "sugared" alternatives and rich toppings like butter and cream cheese), as are calcium-rich foods like low-fat milk and low- and non-fat yogurts. Learn to drink your coffee black, instead of adding cream and sugar.

Of course, what you drink later in the day also makes a difference. Some 30 or 40 years ago, when the legal drinking age in most states was 18, beer was Public Enemy No. 1 when it came to collegiate weight gain. It still can be today, though the legal restrictions -- states universally recognize a 21-year-old drinking age -- can discourage consumption to a degree. The reality is that alcohol is nothing but "empty" calories, and can also spur late-night snack attacks, resulting in a classic double-whammy of poor nutrition.

Larger sports drinks, energy drinks and sodas aren't much better than beer, packing more than 250 calories into a 20-ounce (567-gram) bottle. That's roughly twice as much as a 12-ounce (340 gram) beer. Energy drinks, though marketed to the general public, are designed to help well-tuned athletes who are burning a huge number of calories during training and competition. Unless you're in serious training, you're better off with low- or zero-calorie seltzers and flavored waters, not to mention good old-fashioned water. Drinking cold water, in fact, will not only help keep you feeling full, but also fires up your metabolism to bring it up to body temperature.

Are there other ways to avoid the freshman 15? Keep reading. 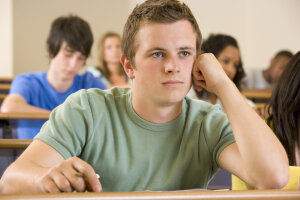 10 Foods for Paying Attention in Class 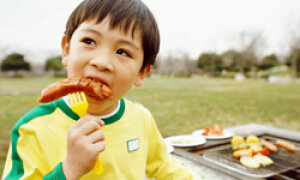