by Diana Brown Jan 16, 2018
According to the American Heart Association, children ages 2 to 18 should eat or drink less than 6 teaspoons of added sugars daily. Blend Images/JGI/Jamie Grill/Getty Images

There's sugar and spice, but everything is not-so-nice inside the sweetest business of them all: the sugar industry. That's because Big Sugar hid the truth about the sweetener's real effects on heart disease, helping instead to point the finger at saturated fat. How could this happen? And what does this reveal about health sciences in the United States as a whole? That's what Matt Frederick, Ben Bowlin and Noel Brown ask in the Stuff They Don't Want You to Know podcast, The Sick, Sweet Secret of the Sugar Cover-up.

Heart disease is the leading cause of death among men and women in the United States, claiming more than 600,000 lives per year. One of the biggest contributors to heart disease is sugar intake. Sugar's also been found to contribute considerably to bladder cancer.

The American diet is incredibly high in sugar — not just in naturally occurring sugars found in dairy, fruits and vegetables, but in added sugars, which are used to process, preserve and flavor foods. Added sugars also help accelerate fermentation, which is why there's as much sugar in a pint of beer as there is in a slice of cake. In fact, the average American consumes about 66 pounds (29 kilos) of added sugars every year. Put simply: Sugar is killing us.

And as it turns out, the sugar industry was well aware of this, as early as the 1950s. Despite the damning science, Big Sugar wasn't about to tell people its product was a health hazard. (Haven't we heard this story before?) Instead, the industry reached out to scientists at Harvard, proposing to fund research on sugar and cholesterol — and their effects on heart disease — with the understanding that the findings would be favorable to sugar, while frowning on fat.

The researchers at Harvard were happy to oblige, and in 1967, they published exactly the paper the sugar industry was looking for. And since peer-reviewed papers are meant to be neutral assessments of existing studies that pull conclusions from their findings, they often tend to shape science after they're published. So when health-related scrutiny shifted away from sugar, it took a long while to shift back.

Sugar has never been seen as a health food, but unfortunately, most people don't realize just how much of the sweetener they're consuming daily. They might consider the 2 teaspoons they put in their coffee every morning, but may be completely unaware that their bagel and cream cheese contain sugar as well. Hence the reason so many Americans eat as much as 66 pounds per year.

The worst part is this type of shady, industry-funded research continues. Big Tobacco wrote the book on health studies with questionable findings, and Coca-Cola used it to help exonerate sugary drinks from risks of weight gain. This kind of research might also help explain articles on how chocolate is actually a health food or that drinking a glass of wine a day can reduce your chances of a heart attack. So just remember, if something sounds too good to be true, it just might be.

To find out more about how the sugar industry kept this conspiracy covered up for so long, you'll have to tune in to the entire podcast and hear Matt, Ben and Noel talk about what it means for us now that the secret's out. 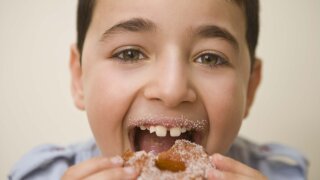 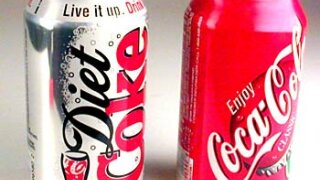 How much sugar do they really put in soft drinks? 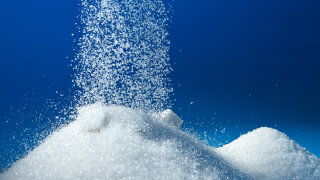