by Sarah Gleim Feb 4, 2016
Hillary Clinton, Bernie Sanders, Ted Cruz, Donald Trump and the other presidential candidates have all done a lot of talking, but not so much about the U.S. food system. Win McNamee/Getty/Dennis Van Tine/Yin Bogu/Corbis/Thinkstock

It's prime presidential election season in the United States. The first of the 2016 presidential caucuses is done, and the primaries are in full swing. Candidates with no chance are dropping like flies, and those still in the race are throwing punches and debating the issues.

One pressing matter no candidate has yet to seriously discuss is the nation's broken food system. In fact, the only candidate to even come close is Sen. Ted Cruz, who told a crowd in Iowa this past January that "when Heidi [Cruz] is first lady, french fries are coming back to the cafeteria!"

But is returning fatty foods like french fries to school lunches really what the American people want? Not according to an October 2015 poll of 1,000 people conducted by Lake Research Partners. The pollsters found that voters' top priorities for the food system are first making healthy foods more affordable, and second, increasing education on how to make healthy food choices. And when it comes to kids, a staggering 81 percent polled say they are "very concerned" that a third of children today will develop Type 2 diabetes.

"This is all common sense stuff, and the reality is that our current policies have done the opposite of enacting these changes," says chef and TV personality Andrew Zimmern, via email. Zimmern also teaches food issues and problem solving at The Lewis Institute for Social Innovation at Babson College in Wellesley, Massachusetts.

"Our weight is worse, our kids eat worse, and diabetes in kids is a reality for one-third. Hunger is an issue for 20 percent of Americans; our agriculture system is destroying our eco-system; and our food and agriculture industries combined are hurting — not helping — the income gap in America," says Zimmern.

Voters also seem to be troubled about the disconnect between government recommendations and the policies behind them. Most (81 percent) polled said they are "very" or "somewhat concerned" that the federal government recommends a diet of 50 percent fruits and vegetables, but less than 1 percent of farm subsidies go toward growing them.

For background, currently, more than 60 percent of farm subsidies go toward the production of corn and other grains — food fed mostly to animals, converted to fuel or processed into junk food, write Mark Bittman, Michael Pollan, Ricardo Salvador and Olivier de Schutter in a 2014 Washington Post op-ed that's worth a read if you're interested in the issue.

Zimmern says he believes that's because lawmakers are influenced by corporate food and agricultural interests.

"One can of pop is 100 percent of your top-end recommended sugar intake for a day," he explains. "And yet our national leaders haven't put a stop to practices that allow this ingredient to thrive front and center INSIDE our schools. The only answer can be that special interests are controlling the conversation."

Zimmern's solution: Candidates need to publish white papers detailing their national food policy. "It would have a profound impact on every aspect of our daily life. As much as any HUD [U.S. Dept. of Housing and Urban Development] study, or National Security analysis or Foreign Policy plank," he says.

One of the most important issues Nischan believes candidates should be discussing is hunger. He says, "45 million Americans rely on SNAP [supplemental nutrition assistance program] benefits, 19 million of whom are children. The remaining 26 million are employed, disabled or seniors, who spend nearly $80 billion in food stamps and $70 billion in their own money on food.

"This is significant economic power — and significant voting power. Yet because of their socio-economic situation, most do not make it to the polls. Imagine what would happen if just 20 percent more SNAP consumers made it to the polls and voted for candidates based on food issues."

With an issue as critical as food to millions of voting-aged citizens all but being ignored by the candidates, is there any hope for change? The good news is there is work already ongoing by groups like Food Policy Action: It teamed up with Union of Concerned Scientists and HEAL Food Alliance to launch Plate of the Union. The campaign is designed to get the next president to prioritize fixing our food system.

But Nischan says you can help, too. By voting.

Scientists Are Outsourcing Their Work — to You

Is the Smart Kitchen Finally Smart? 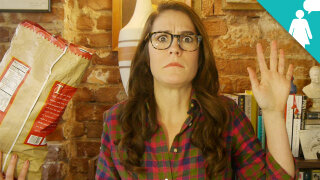 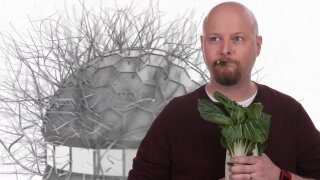 Fw:Thinking Video: Vertical Farms and the Future of Agriculture 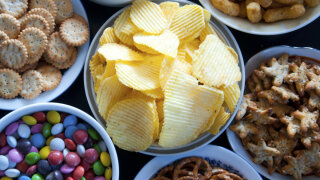