Breaking Down Vitamins and Minerals 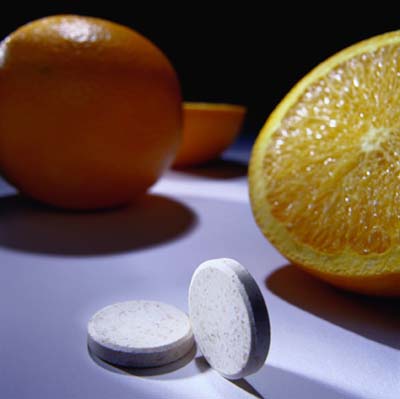 ©2006 Publications International, Ltd. Vitamin C is one of the few vitamins that most  people know and know where to obtain it.

Some have letters for names. Some have tongue-twisting chemical names. No matter where you encounter vitamins and minerals -- in a drugstore, in a bottle, listed on the back of your cereal box -- you know you need them. But how much and which ones?

Because there are so many, vitamins and minerals can be very confusing topics. However, just because they are confusing, doesn't mean you can ignore them. Vitamins and minerals are crucial to normal body functions and some of them may have a role in preventing our most deadly diseases such as cancer and heart disease, among other not-so-deadly ones.

If you're consuming "suboptimal" amounts of a nutrient, it's not good. You're not deficient -- that is, you won't show disease symptoms -- but you're taking in less than is thought to be the best for good health. The consequences of this aren't always clear, but the impact of less-than-desirable levels may accumulate over time, possibly leading to chronic health problems.

Nutrients are sexist. It's a fact. Men and women require most nutrients in similar amounts -- men slightly more of some. Yet it's much easier for men to meet their needs, because they need and get more calories, on average, than women. And that means they get more nutrients, too. Women who are dieting have an even tougher time meeting nutrient needs, unless they take a supplement.

The following vitamins and minerals are ones that you may not be getting in adequate amounts. There are dietary solutions for most, but some nutrients are difficult to get in the average diet and may require supplementation.

Vitamin A. Do you eat your four or more servings of fruits and vegetables per day? If not, you're not alone. Surveys show that less than half of adult women meet the Dietary Reference Intake (DRI) for vitamin A, probably because they don't eat enough fruits and vegetables rich in beta-carotene -- a precursor of vitamin A. Suboptimal intake could weaken your immune system.

Riboflavin. You don't drink milk either? Meet your counterparts: Only one half of adult women meet the DRI for this vitamin. If you're included in this poor showing, it may be because you're not including enough dairy products and whole or enriched grains in your daily diet.

Vitamin B6. Again, it's women who are at greatest risk for not meeting their needs for this vitamin. The average intake is just over 50 percent of the DRI. Women on birth control pills seem to need more than average. Some men and seniors of both sexes may fall short, too. If you fit into any of these groups, your all-important immune system may suffer for it. In studies, supplements of vitamin B6 have been shown to boost immune function in seniors.

Vitamin B6 may do much more than simply keep your immune system up and running. Research has identified that vitamin B6 protects the body from a build-up of homocysteine in the blood. High homocysteine levels have been linked to an increased risk of heart disease.

Folate (folic acid). This is a red-flag nutrient if you're a woman taking birth control pills. Smokers and alcoholics may be low, too. All women trying to conceive should take a supplement, since a low intake can cause birth defects such as spina bifida in the first few weeks after conception. Even women not considering pregnancy might benefit from the protection folic acid seems to afford against a virus that can cause cervical cancer.

Men aren't left out in the cold either. Like vitamin B6, folate is necessary to break down homocysteine, an amino acid associated with increased risk of heart disease. Research on 15,000 physicians has revealed that those with diets suboptimal in folate and vitamin B6 were three times more likely to suffer heart attacks than those whose diets were adequate in the two nutrients.

Vitamin C. Such an easy-to-get nutrient shouldn't be in this category, but certain groups of people don't get enough, particularly those who skimp on vegetables and fruits. Smokers typically have low blood levels of vitamin C, because their needs are twice those of nonsmokers.

Copper. No one is yet certain about the cost of ignoring this seldom-noticed mineral. Some studies have linked low copper levels to arthritis, high blood sugar, heart disease, and high cholesterol. If you're typical, you are not getting even close to the DRI for copper. And if you take megadoses of vitamin C (1,500 milligrams or more per day) you could be disrupting copper absorption and contributing to a copper insufficiency.

Your first step toward adequate chromium nutrition is to cut down on the sugar content of your diet, which can rob the body of chromium.

Iron. Remember those old Geritol ads? Well, forget them. They gave a generation the wrong impression that older women needed more iron. It's just the opposite. Women in their child-bearing years who are menstruating need iron.

Why? Because they lose iron in menstrual bloodflow, which puts them at risk for anemia. Less than one-fifth of menstruating women meet the DRI for iron. Children are also susceptible, especially toddlers, preschoolers, and adolescents who are growing rapidly and whose diets are typically lacking in iron. Athletes and vegans (strict vegetarians) should also be on the lookout.

Fatigue doesn't always signal anemia, and anemia isn't always due to an iron deficiency, so any suspicion should be checked out by your doctor, who can run the appropriate tests. To boost iron absorption, drink orange juice (or get vitamin C from another food source); vitamin C helps your body absorb iron from plant foods. Avoid drinking coffee or tea at mealtimes and never at the same time you take a supplement that contains iron.

Magnesium. Three out of four people do not meet the DRI for magnesium. This has implications for many growth and repair jobs in the body, but it can also contribute to osteoporosis. Calcium gives bones their strength; magnesium makes them elastic -- just as important for resisting breakage.

Zinc. If you're not a big meat eater you might be short on zinc, unless you happen to like oysters. Just six medium Eastern oysters will give you five to six times the DRI. Otherwise, you probably get only about half what's recommended.

You need zinc for hundreds of enzymes that trigger important reactions in the body. The lower levels of zinc that come with age may be one reason for an increase in infections in older people. Seniors given zinc supplements show improved immune response.

However, caution is in order here. Too much zinc can also impair the immune system as well as cause a copper deficiency and lower blood levels of the beneficial HDL cholesterol. If you take a multivitamin-mineral supplement, be sure it contains 15 to 30 milligrams of zinc. Avoid supplements with a megadose of zinc.

Diabetes is a debilitating  disease -- but could it be a simple matter of a nutrient deficiency? Probably not by itself, but some researchers are convinced that an inadequate chromium intake coupled with excessive sugar in the diet can trigger diabetes in susceptible individuals.

The mineral chromium is essential to insulin functioning, and a high-sugar diet can, by stimulating insulin, actually hasten the body's depletion of chromium.

Thus, less chromium is left for insulin to use--a classic catch-22. The proliferation of high-fructose corn syrup in foods, especially in soft drinks, is worrisome because it adds to our sugar load and presumably to our need for chromium. 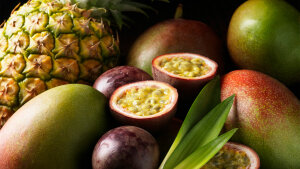 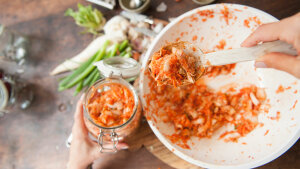