How Tea Is Made

Browse the article How Tea Is Made 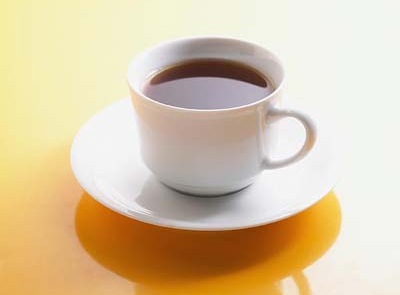 Tea comes in black, white, oolong and green and each is made differently.
©Brand X

Three million tons of tea are produced worldwide each year, and their journey from plantation to teacup combines art and science, ancient tradition and modern innovation.

From One Plant Come Many Cups

There are an estimated 3,000 varieties of tea produced worldwide. With so many different types of tea, you might think there are many different plants that produce them. But that's not the case: All tea leaves trace their roots to one plant. It's the processing the leaves undergo after they are harvested that determines whether they will become black, oolong (wu-long), green, or white tea.

All true tea comes from the leaves of an evergreen shrub, Camellia sinensis, a relative of the ornamental camellia plant (Camellia japonica) that is grown for its beautiful flowers. There are two main species: One variety, called Thea sinensis, is native to China, while the other, Thea assamica, hails from India. Other tea plant species are hybrids, made by crossbreeding Thea sinensis and Thea assamica.

Go to the next page to learn how tea is grown.

How Tea Is Grown

Most of the top tea-producing countries are located close to the equator. China, India, Sri Lanka, Japan, and Indonesia grow 85 to 90 percent of the world's tea supply.

While the climate in the United States isn't particularly well suited to commercial tea growing, two states -- Hawaii and South Carolina -- are home to tea plantations. Black tea is grown on a Wadmalow Island plantation near Charleston, South Carolina. Tea growing in Hawaii began as an experiment in 2000, with the cooperation of the United States Department of Agriculture, to help diversify Hawaii's agricultural economy. Hawaiian tea growers are hoping to develop a specialty niche market for their artisan tea, much like there is for the popular gourmet Kona coffee.

Tea is one of the only crops worldwide that is still picked primarily by hand, and the harvesters descend on the plantation when the first leaves begin to peek out from the stem. Harvesting machines can be used to pick tea on level fields, but handpicking is preferred. Good tea is based on the quality of the leaves, and many growers believe that machine picking allows too many older, inferior leaves and stems to accidentally get into the mix, resulting in a lower-quality tea.

It's painstaking work to harvest tea because only the top two youngest leaves on the tip of the stem and the unopened leaf bud are picked. Harvesters return every 7 to 10 days during the growing season to remove the youngest leaves.

On the next page, you will learn about the various types of tea.

Tea leaves have a unique combination of constituents, including essential oils, flavonoids, tannins, and caffeine. These, along with climate and growing conditions, influence a tea's flavor. But a particular tea's flavor is also dependent on the way the leaves are processed.

The first step, withering (or wilting), begins immediately after the leaves are harvested. Withering causes leaves to lose one-quarter to one-half their weight and become soft and pliable. Typically, the leaves are spread on large racks and left to dry for 10 to 24 hours. Some growers speed up the process by using large fans to gently circulate the air, some wither in cooler temperatures, while some wither tea leaves in the sun. After withering, the real task of processing begins.

Whether a tea becomes black, green, oolong, or white depends on when the leaves are crushed or broken after withering and how long the leaves are allowed to oxidize, or ferment, before they are dried. The longer the leaves are exposed to air, the more they will ferment. During fermentation the leaves darken because the chlorophyll they contain breaks down, and the tannins are released.

Each tea producer uses its own proprietary process to create its own unique varieties, but there are some general principles used in the making of each type of tea.

Black tea takes the most time to make and is the most processed form of tea. First the withered leaves are rolled and bruised (the more traditional method) or cut, torn, and curled (the CTC method) to rupture the cells in the leaves and release some of the essential oils. As these oils come in contact with air, the leaves begin to oxidize (oils and chemicals in the leaf react with the oxygen in the air -- the same thing happens when metal rusts or a cut apple turns brown). This process is also known as fermentation. Oxidizing causes the leaves to turn brown and gives a richer flavor and a darker color to the brew.

Black tea leaves are allowed to oxidize for about three to four hours. The leaves are then dried, or fired, by passing them on trays through a hot air chamber. This firing stops the oxidation process and preserves the leaves. The leaves are now dark, or black -- which is why this type of tea is called black tea -- and are sorted, graded, and readied for packaging.

Tea leaves destined to become oolong oxidize for a shorter period of time than those for black -- only about one to two hours -- though growers vary the oxidation time to produce unique flavors. Oolong leaves are typically rolled and sold loose as full leaves rather than cut for tea bags. Oolong is considered the "champagne of tea" and can vary from bright amber to pale yellow in color and from light and floral or fruity to smoky in flavor.

Immediately after withering, leaves designated for green tea are heated to prevent oxidation. The Japanese use steam, while the Chinese prefer pan-frying. After heating, the leaves are cooled and rolled into various shapes. These leaves remain green, and they make a pale brew with a very light, sometimes astringent, grassy flavor.

White tea is made from the unopened leaf buds, which have a white fuzzy undercoat. Some tea companies shield the buds from sunlight while they are growing to prevent chlorophyll from forming. White tea buds are usually not withered. Rather, they are dried immediately after harvesting to prevent any oxidation. White tea requires a lot more individual attention, from picking to processing, than any other tea variety. Though production is increasing, white tea is rare and is usually more expensive than the more common varieties. It brews into an almost colorless liquid with a delicate flavor and aroma.

Of course, all teas are not created equal. On the next page, learn about the qualities of tea.

Once tea leaves are processed, they are given a grade. They're not like the grades you got in school, though. Tea grades have lots of letters, and they're used to describe the tea in terms of the size and quality of the leaves. There are hundreds of grades, and the grading system is extremely complicated. The categories change depending on the country of origin, the region from which the leaves hail, and even the plantation on which the tea was grown. And there are separate grading methods -- and names of grades -- for black, green, oolong, and white varieties. Here's a sampling of the most common:

Best of the Black Teas

Black tea makes up 98 percent of the international tea market, so there are many more varieties and grades of black tea. There are four basic sizes of black tea leaves: leaf, broken leaf, fannings (smaller than broken leaf), and dust (the smallest grade, almost a powder). Size does matter, but it isn't the final determination of tea quality. Generally, the smaller the leaf size, the faster the tea brews, giving the final product a darker shade and a more intense flavor. The larger, whole leaves offer a smoother flavor and a lighter-colored brew.

Black teas are typically described by the term pekoe (pronounced peck-oh). Pekoe is accompanied by a long list of adjectives that more specifically classify the tea. Tippy, for instance, is a modifier added to both whole and broken leaf grades to let the buyer know that there are buds in the tea. (The more buds, the higher the quality.) Acronyms are created out of all the terms associated with a particular tea, and the acronym is stamped or printed on the outside of the tea chest or tea box for ready reference. The more letters, the higher quality the tea.

Here's a small sampling of the black tea grades and their accompanying acronyms.

The vast majority of oolong teas are made in Taiwan, and the Taiwanese government developed the grading system for it. Like all tea grading, this one can be a bit complicated. This system is based on the taste of the brew, not on the leaf size or quality. Most oolong grading includes the following categories (plus some subcategories), from lowest to highest grade: Standard, On Good, Good, Fully Good, Good Up, Good to Superior, On Superior, Superior, Fully Superior, Superior Up, Superior to Fine, On Fine, Fine, Fine Up, Fine to Finest, Finest, Finest to Choice.

Grading the Green and White Teas

Each Asian country has its own complex terminology for grading green and white teas. The system involves many categories and subcategories. For Chinese green tea, the grade is based on the age of the leaf before processing and the shape of the leaf after processing. Some Chinese green teas that have varying grades are Gunpowder, Imperial, and Young Hyson. Japanese green teas are graded by district, style, and cup quality. Some common grading terms used for green and white tea are: Extra Choicest, Choicest, Choice, Finest Fine, Good Medium, Medium, Good Common, Common, Nubs, Dust, and Fannings.

On our final page, you will learn how tea is produced.

How Tea Is Produced

About 90 percent of the tea sold at your local market is a blend of many teas. Blending allows manufacturers to provide a consistent flavor for their brand and keeps the price stable, despite the weather or market factors. To create the taste that a customer has come to rely on, a manufacturer will blend together dozens of different teas. Some even use 70 different teas to get just the right flavor.

Tea manufacturers typically send specialized buyers to hundreds of tea estates to sample their teas and select those that will best suit their blends. Once the teas arrive at the blending factory, they are combined and tested by highly trained tea tasters who have spent years learning to detect the variations of texture, taste, and aroma of brewed teas.

Tea blending is an art, and it requires a sensitive palate and a keen nose. On any given day, a tea taster may sample 200 to 1,000 cups of tea. Just like wine tasters, tea tasters first sniff the brew. Then they sip a bit, swish it around in their mouths, and spit it out. The tasters determine which teas and what amounts of them will exactly match the control version of a particular tea.

Many tea manufacturers add other flavorings or scents to their teas. These can be added during the processing stage at the tea plantation, or they can be added at the blending factory. Jasmine tea, for instance, is made by spreading jasmine flowers into the tea while it is oxidizing, while spices such as cinnamon or flavorings such as lemon are commonly added at the factory.