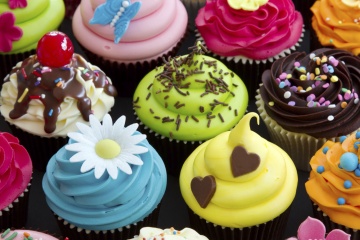 We know too much sugar is bad for diabetics, but what about the rest of us?
RuthBlack/iStock/Thinkstock

Debate has been raging for years about the cause of America's obesity epidemic – and the associated rise in diabetes, heart disease and cancer rates. We've been warned about the dangers of fat, carbohydrates, calories and not getting enough exercise, but the health problems continue to mount. Now the focus is starting to shift to refined sugar, with many researchers and scientists calling it poisonous to our bodies. Although there is basic agreement about what sugar does to us (answer: nothing good), the question is: How much sugar do you have to consume for it to actually become toxic?

We consume refined sugar in two main forms: sucrose (or table sugar, both brown and white) and high-fructose corn syrup (HFCS). Table sugar is half-glucose, half-fructose. HFCS is between 42 percent and 55 percent fructose, with the rest mainly glucose [source: U.S. Food and Drug Administration]. The sugar in fruit, by comparison, is pure glucose. Fructose is twice as sweet as glucose, so we tend to crave it.

Glucose can be processed by every kind of cell in our bodies and is easily converted into energy, whereas the liver deals with fructose. The glucose in a piece of fruit is digested relatively slowly because the body also needs to deal with all the other nutrients in the fruit. Refined sugar, especially in liquid form, sprints on through to the liver unhindered by fiber or other nutrients.

HFCS gets a lot of bad press for being somehow "worse" than table sugar, but our bodies process them in exactly the same way. If you consume lots of refined sugar, the liver will get overworked and start converting it into fat – and this is where the whole "toxic" thing starts to come into play.

Excess fat in the liver is the main cause of obesity, and the fat it produces (triglycerides) is the kind that clogs arteries and leads to heart disease. Liver fat can also lead to a condition called insulin resistance, in which the cells become unresponsive to insulin, the substance secreted by the pancreas to regulate blood glucose. Then the pancreas goes into overdrive producing more and more insulin, which throws your blood sugar totally out of whack. Insulin has also been linked to cancer growth, possibly helping precancerous cells become malignant.

There's certainly enough information out there to make a good case against sugar, but all the dots haven't been definitively connected yet. Sugar has been almost immediately toxic to humans and rodents in studies, but the amounts of fructose doled out have been massively unrealistic. The evidence seems to show that typical amounts of dietary fructose aren't toxic, but there's such disagreement about what's typical, and refined sugar consumption has been steadily increasing for decades. We might not have a definitive answer for years, not until there have been more long-term studies using more realistic amounts of sugar. But until then, do yourself a favor: When in doubt, just reach for an apple.