Your Health on Coffee: 7 Facts To Change Your Perception

Browse the article Your Health on Coffee: 7 Facts To Change Your Perception 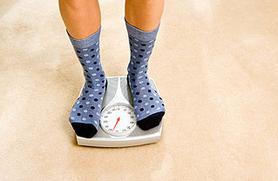 Before I moved to South Carolina from Washington D.C., I used to enjoy a sizable Starbucks coffee each morning on my way to work. I started my day like the Tasmanian Devil, flying around my office like a child jacked up on sweet tarts. So after I moved south and my life began to slow down a bit, I gradually downgraded my caffeine intake. And just a few years later, I still enjoy a delicious cup o' Joe, but today it's the decaffeinated, organic, fair trade variety. It's a pleasant morning ritual too painful to part with. But is coffee good for your health? Similar to alcohol, the studies seem to seesaw back and forth.

Keep reading to learn some 7 Facts TO Change Your Perception when you're considering your morning coffee.

Coffee Reduces Your Risk of Diabetes

In a 2005 review of nine studies, researchers found that for those that drank four to six cups of coffee per day, versus only two or fewer, their risk for Type 2 diabetes decreased by almost 30 percent. The number decreased by 35 percent when people drank more than six cups per day. And if you're picturing yourself running around the office with your eyes bugging out of your head, no worries because caffeinated and decaffeinated coffees provided much the same results.

We often forget that coffee is actually a plant and like all plant foods, the coffee bean contains more than 1000 naturally occurring substances called phytochemicals, which may help prevent disease. Many of these phytochemicals are antioxidants which protect the cells from damage from free radicals.

Researchers reported that volunteers who drank caffeinated coffee in the morning performed better than nondrinkers on tests that involved learning new information. Coffee can also improve cognitive function as we age. One study found that combining coffee with a sweet treat had an even bigger impact.

According to study researcher Josep M. Serra Grabulosa, from the Department of Psychiatry and Clinical Psychobiology at Universidad de Barcelona:

Our main finding is that the combination of the two substances improves cognitive performance in terms of sustained attention and working memory by increasing the efficiency of the areas of the brain responsible for these two functions. This supports the idea of a synergistic effect between two substances, in which each one boosts the effect of the other.

It's true that coffee can cause the body to excrete calcium in urine. We don't want the body to rid itself of calcium because this can lead to osteoporosis. According to The Diet Channel, about five milligrams of calcium is lost per every six ounces of coffee consumed. But these calcium losses can be counter balanced with two tablespoons of milk or yogurt per cup of coffee.

Even though coffee has antioxidants, if you drink too much of it, it can cause wrinkling of the skin. This is a result of dehydration which is the worst thing for your skin. So when you're drinking that morning cup or two, make sure that you're pairing it with water. Even better, add 1 tablespoon of chia seeds to your water and let them sit for 30 minutes. The chia seeds keep you even more hydrated than regular water.

Coffee Can Actually Cause Weight Gain

The blood sugar fluctuations that a caffeine high produces can contribute enormously to cravings, according to iVillage. Coffee is also socially connected to food. For example, we pair coffee with dessert or that morning powdered doughnut. Additionally, when we crash from our caffeine high that's when we reach for all sorts of fatty snacks to keep us going.

Conventional Coffee Is Laden with Pesticides

The coffee plant is one of the most heavily sprayed crops. It's coated with chemicals, pesticides, and herbicides, nothing you'd want to be ingesting. If you do drink coffee, make sure that it's the organic variety, free from assorted chemicals that leech into our ground water and can make us sick down the road.