When about the healthiest thing on the party circuit is a bowl of salted nuts, you know the standard New Year's resolution isn't far off.

How nice would it be to end December at your mid-November weight? The average 1-pound weight gain over the holidays seems insignificant, but most people never lose that pound [source: Parker-Pope]. Over a lifetime, festivity weight adds up -- and pigs-in-blankets, chips and cheesy spinach dips are at least partly to blame.

It may seem inevitable that these high-fat, high-calorie foods accompany the mingling: They're fairly easy to make, are perfect to walk around with, and almost everybody absolutely loves them.

But hosts who want to go a healthier route need not disappoint their guests. Lower-calorie, lower-fat foods can be just as tasty as a classic -- you just have to know where to look. Some traditional appetizers are actually quite healthy as it is; and in so many other cases, it's simply a matter of tweaking the standby.

Here, just a few of the ways to lighten up the cocktail hour without losing any appeal. For starters, you are allowed to dip a carrot in something other than saturated fat ... 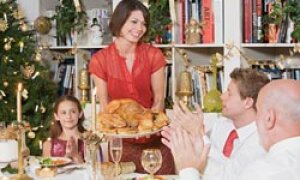 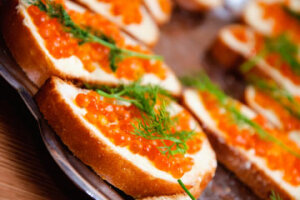