How to Cook Low-Carb 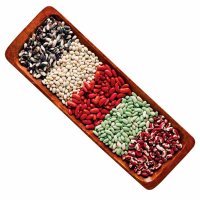 When it comes to healthy carbs, beans are a winner every time
©2006 Publications International, Ltd.

There are many parts of the world where it's unheard of for a day to go by without eating beans in one form or another. Other cultures include beans in unusual ways, such as grinding them into flour to be used in a variety of indigenous foods.

Even in the United States, there are particular regions as well as cultures where bean dishes are more common than others. For instance, the main ingredients in the southern classic Hoppin' John are black-eyed peas and rice. Seasonings and various other ingredients used in it are as diverse as the cook stirring the pot. The vegetarian and vegan communities wholeheartedly embrace beans and the unparalleled plant-based, protein-rich nutrition they contribute to a diet that excludes meat. But vegetarians and folks with southern roots needn't be the only beneficiaries of these nutrition powerhouses.

Without question, we need to include beans on our list of healthy carbohydrates. There are literally hundreds of different varieties of beans. If you can, sample them all! Here's an overview of some of the most common kinds:

Adzuki (aka Azuki and Aduki). A cousin to the larger red kidney bean, Adzuki beans likely originated in China and Japan. Adzukis are sweet and commonly used in desserts. They can be found in Asian markets, where they're sold either whole or powdered.

Black (aka turtle bean or frijoles negros). Native to South and Central America, black beans are a staple in Latin American dishes. Cuba, Puerto Rico, Brazil, and Spain all boast a wide variety of delicious dishes starring this beautiful, oval-shaped bean. Black beans form the base of dips and salads, as well as the classic black bean soup.

Cannellini. Less flavorful than their cousin, the red kidney bean, cannellinis are often used in minestrone soup and other Italian dishes.

Cranberry (aka shell bean, Roman, October, borlotti). Often used in Italian dishes, this oval-shaped bean is streaked with red, both inside and out. They have a delicious flavor, often described as earthy or nutty, and are available fresh during the summer or dried throughout the remainder of the year.

This large white bean has a slightly nutty, intriguingly distinctive, mild, delicate flavor. It makes a delicious base for herb-flavored bean spreads and is superb in pasta dishes, particularly those that include green vegetables such as broccoli. Great northerns are also commonly used in baked beans and added to soups. They can serve as a substitute in most recipes that call for navy beans or any white bean.

Lentils. Lentils are often used as a versatile meat substitute and star in a variety of salads, soups, stews, dips, spreads, and ethnic dishes such as East Indian dal. Most supermarkets carry the standard brown lentil and occasionally the red and yellow varieties as well. Middle Eastern or East Indian markets are sure to carry the more unusual varieties. Lentils are delicious served whole, pureed, or mixed with vegetables and spices.

Lima. Succotash (a mix of corn and lima beans), the side dish with a fun name, is a high-protein, traditional way to serve lima beans. Called butter beans in the South, lima beans have a pale green color and slight kidney shape. The bean was named for Lima, Peru, where it was discovered in the early 1500s. They're available fresh from June to September and frozen at any time of the year. They make a great side dish and are occasionally used in soups.

Navy (aka Boston, Yankee, pea bean). This small, white version of the Great Northern bean has been served as a versatile staple by the U.S. Navy since the mid-1800s. Navy beans are often used by commercial producers of many different brands of pork and beans. Navy beans require long, slow cooking, making them the perfect addition to a long-simmering pot of soup on the stove top.

Pinto. Pinto means "painted" in Spanish, a fitting description for this artistic-looking staple of Mexico and the American Southwest. Refried beans and chili con carne are both made with pinto beans. They're also often served with rice and found in dips, soups, and stews.

Red kidney. Kidney beans are a perennial favorite. They're full flavored with a soft texture and a kidney shape, from which the bean derives its name. They retain this distinctive shape even during long periods of cooking time, hence their popularity in chili and other soups. Chili con carne or red beans and rice wouldn't be the same without kidney beans, but they're also found in sandwiches, dips, the ubiquitous three-bean salad, and salad bars around the country.

Soybean. You would be hard-pressed to find a more nutritious bean, particularly when it comes to protein. Soybeans are an economical source of protein, providing all of the amino acids typically found in animal products without the saturated fat and cholesterol. Soybeans have been cultivated in China for thousands of years and are one of the leading crops grown in the Midwest. Foods such as tofu, tempeh, miso, and edemame are all soybean based. In fact, edemame is the Japanese name for green soybeans. In their almost infinite color combinations of red, yellow, green, brown, and black, soybeans can be used like any other bean in soups, stews, casseroles, and dips.

In the next section, we'll move onto low-carb cooking with fruits and vegetables.

Throughout the world, all sorts of holidays and other momentous occasions are celebrated with food starring the humble bean. For instance, a southern New Year's Day meal isn't complete without a dish of black-eyed peas symbolizing luck and prosperity in the new year.

Often the beans are served as Hoppin' John, but could just as easily be found as a side dish on their own. In Japanese culture, black soybeans served during the new year celebration are for energy and to be industrious in the coming year. During the celebration of Chinese New Year, dried bean curd (tofu) symbolizes happiness. 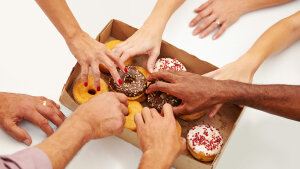 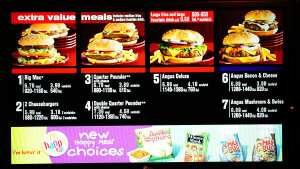