What is vitamin E? 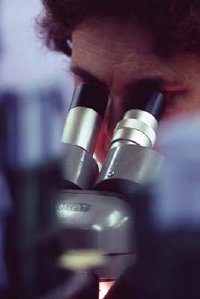 With all the recent press it has been getting, you might be wondering what exactly vitamin E is.
Publications International, Ltd.

Vitamin E's existence was first hinted at in 1922. Laboratory rats fed purified diets lost their reproductive ability; male rats became sterile, and female rats reabsorbed their fetuses or delivered deformed or stillborn offspring. Adding such foods as lettuce, wheat, meat, or butter to the animals' diets, though, supplied an unknown factor that prevented these reproductive problems.

Isolated in 1936, the discoverers named it tocopherol, from the Greek meaning "to bring forth offspring." Later the substance became known as vitamin E.

Curiously, researchers noticed that deficiency symptoms varied from one species to another. In rabbits, for example, vitamin E deficiency resulted in a degenerative muscle disease.

Because these symptoms were similar to those seen in humans with muscular dystrophy, researchers hoped vitamin E could cure or prevent this crippling disease. Hopes were also high that the vitamin might help treat infertility and sterility. Since 1938, however, studies in humans have failed to confirm any of these benefits.

Scientists have been able to isolate many benefits that the proper amount of vitamin E can deliver. In the next section, we will learn about the many health advantages of eating the right dosage of vitamin E.