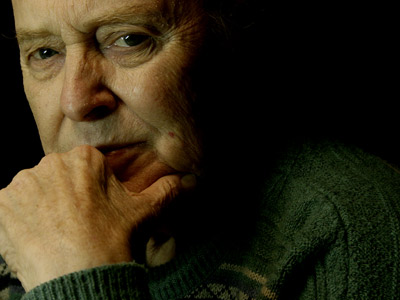 Maybe not. An increasing amount of evidence points to an aging-related hormonal change in men that corresponds to the hormonal change in women known as menopause. Some call it "male menopause," which is not entirely accurate but still gets the point across: Much the way women's estrogen levels drop after a certain age, men's testosterone levels decrease with age. Testosterone is also known as androgen, and many doctors prefer the term "andropause" for this male condition.

Andropause and menopause are quite different, of course. In this article, we'll find out what "male menopause" really is and what men can do about it.

Menopause is a uniquely female condition -- it's the end of menstruation and everything else that entails. Menopause involves a sudden and dramatic decrease in estrogen that marks the end of a woman's ability to conceive a child. Men, on the other hand, do not lose the ability to father a child. Men in their 80s have fathered children. Sperm production doesn't stop, although sperm count in semen can decrease with age. Testosterone decreases very gradually, in the area of 1 percent per year starting around age 35 [source: MayoClinic].

Still, andropause is in many ways similar to menopause. While not all men are affected by the natural decrease in testosterone that comes with aging, lots are, including about 25 million men in the United States alone [source: Gearon]. The symptoms are remarkably similar to those experienced by women in menopause, including moodiness, fatigue, weight gain, depression, decreased sex drive, decreased muscle mass and bone loss.

­The symptoms can be quite pronounced, but andropause is still somewhat difficult to diagnose. For one thing, it can be mistaken for conditions like erectile dysfunction (ED) or the midlife crisis. Midlife crisis is a psychological phenomenon, not a physical one. And erectile dysfunction occurs when communication between particular nerves, arteries and muscles breaks down, as opposed to the slow, natural decrease in testosterone that characterizes andropause.

So how do you know if symptoms are related to andropause or to some other condition? It all starts with a trip to the doctor. 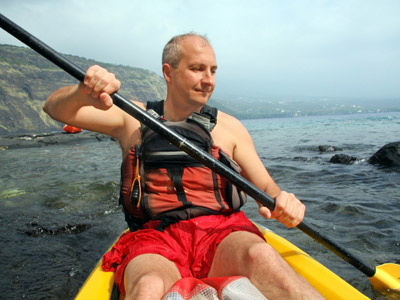 Many doctors advise exercise as a treatment for andropause.
iStockphoto.com/barsik

­While andropause is a somewhat hazy diagnosis, there is a test for it. When a middle-aged man shows up with symptoms like irritability, fatigue and decreased libido, a doctor who suspects andropause will perform a blood testosterone test. Andropause is basically low testosterone. There are other changes in male sexual systems that occur with aging, like prostate enlargement (not to be confused with prostate cancer), but andropause is mostly the result of a gradual decrease in testosterone over many years.

But it's not that simple. Just as HRT has been found to have serious side effects in women, like triggering certain types of breast cancer, TRT has dangers. The big one is that it can increase a man's chance of developing prostate cancer. It also turns off sperm production and has been associated with a higher occurrence of stroke.

For these reasons, most doctors don't jump to TRT as the first possible solution to the effects of andropause. Many will advise lifestyle changes, such as exercise, a healthier diet and the elimination of alcohol. Better overall health can help alleviate the symptoms of low testosterone. There are also some herbal remedies that some experts believe can help. Vitamins C and E and zinc can help increase testosterone production, while L-arginine has been associated with increasing libido.

As with many herbal treatments, there's not a whole lot of solid evidence that they do what they're supposed to, but in most cases, as long as they're approved by your doctor, they won't do any harm. And since TRT carries significant risks, it's worth a try to avoid that treatment until it's absolutely necessary.

For more information on "male menopause" and related topics, look over the links on the next page.

Hyponatremia Explained
How to Get Rid of Foot Odor
Can botox stop excess sweating?