5 Ways to Keep Up Your Hygiene in the Workplace 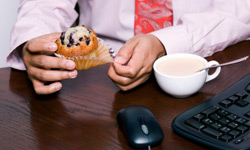 Just because you can eat lunch at your desk while working, that doesn't mean you should. Your desk could harbor more than 21,000 bacteria per square inch!
©iStockphoto.com/alejandrophotography

There's not much you can do about how many meetings there are on your calendar, or about the smell of microwaved fish wafting through the hallways at work. Or the guy in the next cubicle's new pungent cologne. Keeping up your own personal hygiene in the workplace may not fix any of these obstacles, but at least good hygiene practices will mean you won't contribute to the melting pot of office odors, and you might even dodge a few colds or the flu, too.

Good hygiene at the office goes beyond employees washing their hands before returning to work. Read on for five simple ways to keep up your personal hygiene at the office, from stashing floss in your desk to, yes, hand washing. First, we'll look at how to put together a work-friendly hygiene emergency kit.

5: Keep Travel-size Products in Your Desk

Who among us hasn't pitched coffee down a shirt or dripped dressing onto a lap? Welcome to your workday. To help keep any small personal hygiene emergency in check while at the office, store a small bag of travel-size toiletries and other handy odds and ends in your desk. Include items such as a needle and thread to mend an undone hem or lost button, a hairbrush or comb, deodorant or antiperspirant, adhesive bandages, a clean shirt to change into (in case of that spilled coffee), floss, toothpaste and a toothbrush.

Caught without a toothbrush? Try snacking on crunchy fruits and vegetables, such as celery or apples, which will help to clean your teeth while you chew.

Seventy-five percent of office workers admit they do it, and do it as often as two to three times per week [source: Dakss]. Eat lunch at their desks, that is. Do you?

In addition to potentially dripping mustard on your suit, studies have found that turning your cubicle into a makeshift restaurant can also increase the germ factor on your desk. It's good policy not to eat off a surface with more than 1,000 bacteria per square inch, but most desks harbor about 21,000 bacteria per square inch [source: ABC News; Weigel]. Let's put that into perspective. Most toilet seats have less than 1,000 bacteria per square inch. And a kitchen sponge can have more than 50 million microorganisms living within it -- by far one of the filthiest things in your house [source: Maloof]. Unless you're fastidious about sanitizing your workspace -- and who among us is? -- you might want to reconsider desk dining.

Which do you think is cleaner: your desk or your kitchen table? Researchers at the University of Arizona found that an average desk at the office harbors about 100 times more bacteria than an average kitchen table [source: Weissman].

3: Exercise at Work? Plan Ahead

If you regularly exercise during the workday, be sure to plan ahead with a well-packed gym bag. You'll want to pack, at a minimum, the following:

Regular showers help to remove the dirt you can see on your skin as well as bacteria and other debris that's hidden from the eye. Bathing in warm water (not hot, or you'll risk drying out your skin) and lathering with a gentle cleanser will help to remove dead skin cells and potentially toxic microorganisms, as well as wash away secretions from your apocrine glands. Apocrine glands are the sweat glands that secrete a thick, sugary protein, and they're abundant in our armpits, groins and scalps. This thick, fatty sweat causes body odor when the bacteria living on our skin begin to break it down. Daily showers and freshly laundered clothing will help keep body odor to a minimum.

According to a survey conducted in the U.K., job qualifications and experience aren't the only things hiring managers are interested in. Experience aside, 68 percent of employers surveyed cited poor personal hygiene -- specifically body odor and bad breath -- as important when deciding whether or not a candidate would make a good employee [source: Snowdon].

When asked if they'd stay home from work because of cold or flu symptoms, many American workers said no. About 44 percent might go to work despite having a fever, and watch out for the 32 percent who plan on going to work no matter how sick they may be [source: Infection Control Today]. The best way to fight germs at work -- and elsewhere -- is to wash your hands.

Be sure to use proper hand-washing technique. A quick rinse under cold water isn't good enough. Use soap and warm water, and spend at least 15 to 20 seconds washing your hands -- and don't forget to pay close attention to under your nails and wash all the way up to your wrists. When you can't wash your hands, stash a container of hand sanitizer (one that contains at least 60 percent alcohol will get the job done) in your desk. 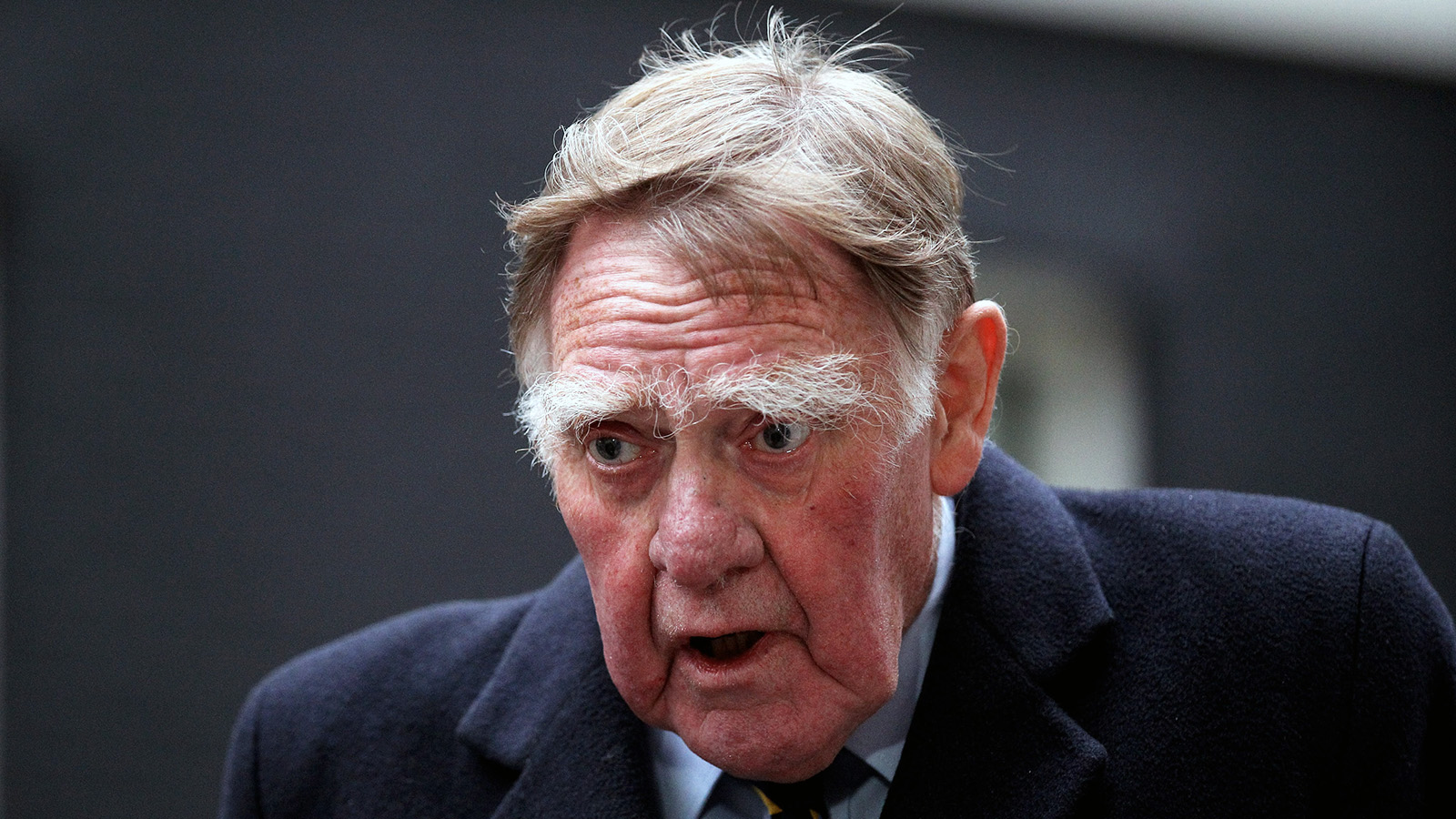 After a certain age, a lot of men start growing hair in places they don't want it — and stop growing it where they do. HOwStuffWorks looks at why.

What if I never took a bath?
Understanding Infected Sweat Glands
How Body Odor Works

Why Men Don't Like to Go to the Doctor
Why do I sweat so much?
How are men's soaps different from others?