Men: "Play It Safe' With Your Skin 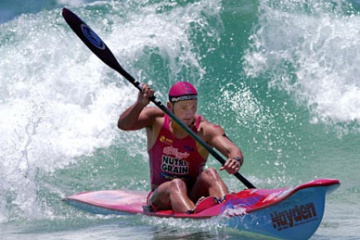 Outdoor sports can take a toll on your skin if you don't wear sunscreen.
Darren England/Getty Images

Both men and women get acne. And both sexes suffer skin damage and run the risk of skin cancer from sun exposure.

All in all, these types of similarities between men's and women's skin hugely outnumber the differences, says Norman Levine, M.D., a professor and chief of dermatology at the University of Arizona.

"It's usually not 'aha!' — there's a men's problem, and there's a women's problem," he says. Rather it's a person's lifestyle that is most predictive of skin health, according to Levine. An example of a consequential lifestyle factor: Is the person active in outdoor sports? "Especially in the summertime, when men can be outdoors playing golf two or three times a week, six hours a day, that's a huge amount of sun exposure," Levine says.

While many women likewise participate in golf and other outside sports, dermatologists observe that women are more likely than men to take skin-protective steps and to watch out for signs of skin cancer in the making.

Women more often apply sunscreen or a face makeup that contains a sunscreen ingredient, says David Rish, M.D., a Beverly Hills dermatologist and professor of dermatology at the University of California in Los Angeles.

As for men, too often they think, "I wouldn't dare wear sunscreen; I'd be a sissy," Rish quips.

"So often we see a man's skin cancer in a more advanced stage," says Levine, who offers men these words to the wise: "You can assume your testosterone won't keep you healthy. You have to pay attention like women do."

The typical man's daily shaving ritual can cut both ways, Rish says. By removing much of the skin's dead outer layer, shaving can refresh the appearance of a man's skin through an "exfoliating" effect.

But for men with curly hair, shaving can have the bothersome result of leaving behind razor bumps, technically known as pseudofolliculitus barbae, caused by hair that grows back into the skin.

According to Nicholas Perricone, M.D., a dermatology professor at the Yale University School of Medicine, using alpha hydroxy and lipoic acid twice a day can minimize the bumps. Shaving less often or growing a beard are alternatives for dealing with ingrown hairs.

Even in the best of circumstances, a man's daily shave can have an abrasive effect on his skin, but this can be countered easily. A basic skin-care regimen, already familiar to most women, should become as habitual as a daily shave.

At a minimum, any man's daily routine should include regular face cleansing with a gentle soap (or with a non-soap cleanser for very dry skin) and, unless the man's skin is excessively oily, daily application of a basic moisturizer.