by Marianne Spoon
NEXT PAGE 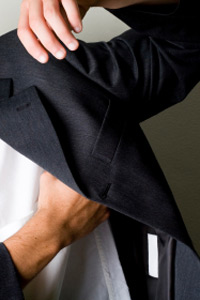 Human skin constitutes 16 percent of the average person's body weight -- for good reason, too [source: BBC]. This dermal layer assists in protecting the body's internal organs from the exterior world. We might not realize it, but skin cells, hair follicles and various glands constantly work together on a microscopic scale to defend the body against the elements.

But what happens when the skin doesn't maintain itself the way it should? Why do some people develop painful and uncomfortable skin problems?

Despite the disease's low profile and under-reported status, approximately one in every 100 people lives with HS or a mild form of HS [source: Genetics Home Reference]. The disease is not limited to a particular racial group and usually appears after puberty. Though HS develops in both sexes, cases in women are three times more common than in men [source: Slade et al.]. The disease also appears to have a genetic component, as people with relatives who have HS are more likely to develop it, too.

Before exploring HS more closely, it's important to understand that the disease is not caused by poor hygiene. Good hygiene facilitates treatment for HS and can lessen the severity of symptoms, but scientists say a variety of genetic and environmental factors cause HS instead. Acknowledging this is especially important for patients who wrongly blame themselves for the disease and feel too embarrassed to pursue treatment.

People who suspect they have HS should know the benefits of discussing the disease and treatment options with a medical professional. Seeking help not only reduces physical discomforts from the disease, it empowers patients to talk openly about any physical or emotional issues they may be experiencing as well.

To fully understand this debilitating disease, we'll look at its progression and treatment options. But first, let's look at common signs of hidradenitis suppurativa and where you can find them. 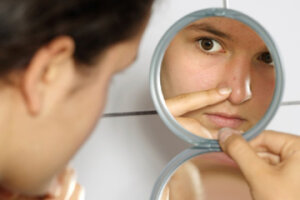