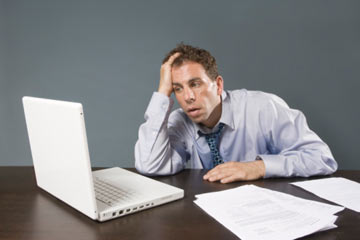 If you've ever stood at a podium to address a crowd, you probably felt a few butterflies in your belly. But it probably wasn't the only thing you were feeling. Odds are little droplets of moisture began to form on your brow and the palms of your hands, too.

You can thank your eccrine sweat glands for your new glow. These glands cover most of your body, but are concentrated on the hands, feet and forehead. And, they're quite in-tune with your psychological state. Start feeling a little nervous and the highly sympathetic eccrine sweat glands rev into action, secreting droplets of moisture that bead on the top of your skin. The good news is this rush of perspiration isn't cause for nose-wrenching alarm. Before you reach for the nearest body spray, keep in mind this type of sweat is clear and odorless because it's comprised mostly of water (with just a pinch of salt). The smelly sweat comes from apocrine sweat glands, which we examine in another article.

The resulting sweat from eccrine sweat glands seems to emanate only from places where the glands are most concentrated: the forehead, hands and feet. Actually, your skin has an entire network of eccrine sweat glands (perhaps as many as 3 million) that operate their ductwork from the top of your head to the soles of your feet.

Eccrine sweat glands are one of two types of sweat glands found only in mammals. The other, apocrine glands, develop around hair follicles [source: Britannica]. Eccrine glands are tubular structures that open directly at the top of the skin, between the hair follicles. They have two parts: an outer duct and inner sweat-secreting cells. Imagine the outer duct's tubular construction is a vacuum hose; although it retains its circular shape, it coils under the skin like a boa constrictor. The cells inside squeeze until they've pumped perspiration to the pore opening at the skin's surface [source: Munger].

This perspiration is mostly water but also contains salts and electrolytes, some of which are reabsorbed by the cells. The rest is left to evaporate on the skin's surface. This helps your body regulate its temperature. The sweat production is also a physical response that's signaled by an emotional or psychological stressor; a remnant from our ancestors who once fled dinosaurs and other hungry beasts.

Besides the elementary response that prompts one to sweat, there are a number of variables that contribute to exactly how much you'll perspire. Some are genetic (excessive sweating, known as hyperhidrosis, may run in your family), while others are environmental. For example, all other things being equal, if you're in the sun wearing dark clothing while the person next to you is wearing breezy light-colored clothing, you'll probably win the sweat contest. Of course, if you've got one of the medical conditions sometimes associated with eccrine sweat glands, you're up against a more serious problem. See why on the following page.

If you've been diagnosed with neutrophilic eccrine hidradenitis, you've probably got more pressing problems than a skin disease. That's because this condition usually only occurs as a complication of chemotherapy, one of the primary treatments for leukemia. Often, within a couple of days of beginning chemotherapy, the hallmark of neutrophilic eccrine hidradenitis begins to form: skin sores.

The good news is that when the chemotherapy wraps up, the skin ailment begins to wane. It heals on its own -- without scarring -- about a month after chemotherapy stops [source: Holland-Frei Cancer Medicine]. But until then, those with neutrophilic eccrine hidradenitis, who could be any age or either gender, must live with crimson skin lesions about the size of a silver dollar covering the torso, arms and legs [source: Pierson]. Anti-inflammatory pain relievers are used to help people manage the symptoms until they subside. It also helps with the low-grade fever that usually crops up for the duration of neutrophilic eccrine hidradenitis.

The eccrine sweat glands are affected by neutrophilic eccrine hidradenitis. They're killed off as the lesions form [source: Keane]. Basically, the white blood cells known as neutrophils ingest the cells of eccrine sweat glands and ducts and then promptly die. Normally, this is a good thing, like when white cells attack an infection. In this case, they've turned on otherwise healthy eccrine glands and cannibalized them [source: PEER]. Unfortunately, if you've had it once, there's a 60 percent chance neutrophilic eccrine hidradenitis could return if the same chemotherapy drug is administered [source: Holland-Frei Cancer Medicine]. What else could go wrong with your sweat glands? Oh yes, there's more on the next page. 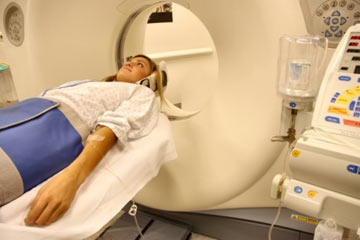 Syringoid eccrine carcinoma is more common in people with a history of radiation therapy.
Hemera/Thinkstock

Your hardworking eccrine sweat glands may be the site of something more sinister -- especially if a syringoid eccrine carcinoma is beginning to multiply within them. This type of cancer cell prefers sweat glands; these cells take hold beneath the skin's surface, hidden within the subcutaneous eccrine gland's coiled structure. You may not realize you have an eccrine tumor in the works right away; it often takes years for a tumor of this type to grow to a noticeable size. There have only been a few cases in which the tumor reached the size of a penny in a few months' time. And, once you develop a syringoid eccrine carcinoma -- even if it's treated successfully -- it's likely to reoccur. Probably in the same place, too [source: Wong].

The good news, however, is that these tumors are exceedingly rare. In fact, fewer than a thousand cases have been reported worldwide. This is one of the reasons data is in short supply, especially when it comes to uncovering the causes of syringoid eccrine carcinoma. There's some speculation that ultraviolet radiation is to blame, which may be worrisome to those who work outdoors or prefer a year-round suntan.

This particular type of cancer may also be common in people with a history of radiation therapy; it's more prevalent near the physical sites of any targeted radiation. While immunosuppressant therapy seems to put people at increased risk for developing syringoid eccrine carcinoma, ironically it's sometimes used to treat syringoid eccrine carcinomas. The majority of these cancers, however, don't spread and can be excised surgically [source: Wong].

An eccrine poroma won't usually harm you, but it can make you uncomfortable -- especially if it forms on the sole of your foot. These noncancerous growths take hold in eccrine sweat glands, are slow to form and can take years to make themselves known. Even then, they typically only reach the size of a pencil eraser, but they can be hard to the touch and -- if exposed to friction -- exhibit a tendency to bleed. What's more, walking around on one can feel like having a pebble perpetually stuck in your shoe.

The treatment is simple: surgical removal. If left untreated, however, an eccrine poroma could give in to cancerous tendencies. Dying tissue and increased blood supply within the tumor creates a perfect storm for producing killer cells. Still, there's really no way to predict whether you'll develop an eccrine poroma; there's no genetic testing that may indicate a predilection for the disease. That's because the condition isn't hereditary [source: McCalmont].

From breaking into a nervous sweat in public situations to harboring a more serious condition, seemingly simple eccrine sweat glands represent millions of opportunities for health concerns. Fortunately for most people, these concerns never amount to more than a bit of perspiration.