by Michelle Konstantinovsky May 10, 2019
Doctors of osteopathy (D.O.s) are licensed physicians who practice in all areas of medicine, but are also rooted in a whole-person approach. SoumenNath/Getty Images

If you live in the United States, you're probably used to using the shorthand "M.D." when referencing a medical doctor. But if you've ever browsed a local list of health care providers, you may have noticed many names aren't accompanied by that two-letter credential. And while nurse practitioners and physician assistants are two common types of providers qualified to diagnose, treat and care for patients, there's a whole other category of physicians that are distinct from the M.D. camp: Doctors of osteopathy (D.O.).

So what in the world is a D.O.? Well they're definitely doctors, according to the American Osteopathic Association (AOA). D.O.s are "fully licensed physicians who practice in all areas of medicine," the website says. D.O.s and M.D.s are similarly educated and certified, but the training and philosophies of care are quite different.

Medical doctors are typically trained in and practice "allopathic medicine," also commonly referred to as "Western" or "conventional" medicine. This system is rooted in alleviating symptoms and treating diseases with tools like medications and surgery when appropriate. And while D.O.s definitely utilize these tools as well, osteopathy is a system that's rooted in a whole-person approach, as in they look at how a person's mental and physical health are interconnected.

Andrew Taylor Still developed this holistic approach to health care in the 19th century after three of his children died from spinal meningitis. Still, a licensed M.D., had served as a surgeon in the Union Army during the Civil War, and by the 1860s he had deemed conventional medicine ineffective and even believed it could do more harm than good. In 1874, Still developed his philosophy of holistic wellness, and in 1892, he opened the first school of osteopathic medicine in Kirksville, Missouri.

M.D.s and D.O.s receive similar medical training, but osteopathy places a special emphasis on the musculoskeletal system, which Still believed plays a critical role in health and disease. The founder felt that using hands-on manipulation techniques to correct problems in the body's structure, practitioners could improve patients' overall health.

Today, in addition to emphasizing preventive medicine and the mind-body connection, D.O.s often incorporate manual therapies like spinal manipulation or massage into their treatment protocols.

Thinking of trying out the osteopathy approach? Check out the AOA website or ask your local hospital or medical group about your options.

Now That's Interesting
According to the American Association of College of Osteopathic Medicine (AACOM), the number of D.O.s in the United States has reached an all-time high — there are currently 102,137 D.O.s in the U.S., a stat that's inflated by 65 percent in the last decade.

Who Wins and Loses in a Trade War? 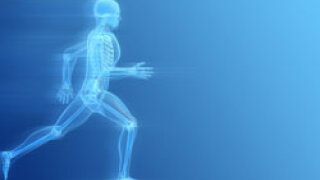 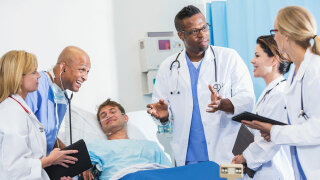 How Becoming a Doctor Works 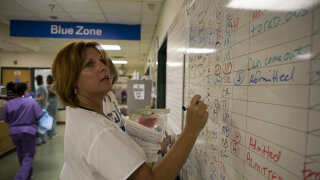