Use of Sight in Traditional Chinese Medicine Diagnosis 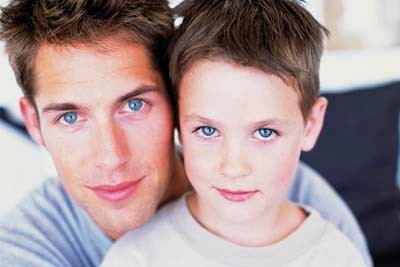 The pallor of the face is just one indicator of a person's overall health.

The use of sight in traditional Chinese medicine diagnosis is crucial. By examining the face, the body, and the tongue, a practitioner can recognize signs and symptoms that indicate illness. Treatment cannot begin until observation using sight has been made and other methods of diagnosis have been employed.

An experienced practitioner often develops an initial idea of a patient's health just by observing him or her walking into the office. Inspecting the quality of the spirit (shen) is an important aspect of this first impression, since the shen gives a good indication of the overall vitality of a person. The shen especially shows in the eyes: An ancient maxim states, "If there is shen, there is life." A person with healthy shen has a gleam or sparkle of life in the eyes.

The face is bright with some color, breathing is regular, and movements and speech are normal and logical. A person with unhealthy spirit has dim eyes with a vacant look. The face is dull with no shine; breathing is slow, weak, or irregular; movements appear abnormal or unusual; and speech is illogical or the voice is at an inappropriate volume.

Changes in facial skin color can provide the traditional Chinese medicine practitioner with a number of diagnostic clues. A bright (shiny), white face can indicate deficiency of qi or a cold condition, while a dull, pale face with no shine is a sign of blood deficiency.

The location of color on the face also has diagnostic significance as in the example of kidney deficiency: The black appears below the eyes and is often seen in people who don't get enough sleep or push themselves too hard, both practices that deplete the kidneys of qi, yin, and yang. Another example of the importance of the location of color is when it appears on the tip of the nose, an area affected by the spleen. Alcoholics often have redness in this area due to damp heat in the spleen caused by the heat generated in that organ by alcohol.

A lot of information can also be accumulated by looking at the overall physique. Overweight people have a tendency toward dampness or phlegm, while thin people are inclined to be yin deficient. A person with internal heat may be scantily clad in the winter, while a person with internal cold might wear a sweater in the summer. Somebody who is active and energetic tends to experience yang syndromes, while yin syndromes are more common in quiet, sedentary people.

Faded, sparse, and dry hair indicates weak kidney qi or blood, while lustrous, thick, and shiny hair is a sign of strong kidney qi and sufficient blood. Finally, the lips can tell a lot about the condition of the body. Bright red lips can indicate heat, pale lips can be a sign of qi or blood deficiency, and blue lips can be due to cold or blood stagnation. Dry and cracked lips are a sign of depleted body fluids, and twitching lips are an indication of liver wind.

The most important and richest source of visual diagnostic information is the tongue. Entire books have been written to illustrate the amount of information that can be garnered simply by carefully observing the tongue.

The surface of the tongue is divided into areas that correspond to the organs. The tip of the tongue corresponds to the heart, while the entire front area applies to the lungs. The middle area reflects the condition of the stomach and spleen, while the sides of the tongue are related to the liver and gallbladder.

Finally, the back of the tongue corresponds to the lower burner, which includes the kidneys, the urinary bladder, and the large intestine. These assigned areas reveal a wealth of information, and they repeatedly prove accurate when applied to clinical practice.

The consistency and shape of the tongue are also significant. A puffy tongue with teeth marks on the sides is seen in a person with deficient qi, while a puffy tongue that appears wet indicates deficient yang. A shriveled, atrophied tongue is seen in deficient conditions; this sign appears sometimes in cancer patients. Finally, cracking in the tongue body occurs when body fluids have been depleted due to heat or yin deficiency.

The movements of the tongue also tell their own story. When the tongue shakes, it is a sign of deficiency or liver wind. (Of course, it can also indicate nervousness.) When a person has difficulty sticking the tongue out, it can indicate deficient qi, blood, or yin. When the tongue is turned to one side, as in stroke patients, it is a sign of internal wind or phlegm blocking the meridians. Finally, a person who leaves his tongue out, or whose tongue moves in and out, has heat in the heart.

The color of the tongue coating can tell a lot about the nature and progress of a disease. Often, an acupuncturist requests that patients avoid brushing the tongue before an office visit, since it can take a few hours for the coating to reappear.

Similarly, foods that discolor the tongue should also be avoided before an appointment, since they can make it difficult or impossible for a practitioner to read the true coating color. Although a white tongue coating is normal, it can also appear in external conditions, as well as conditions of cold or deficiency. A yellow tongue coating is always a sign of heat; as the heat increases, the intensity of the color also increases. A gray or black tongue coating can appear in conditions of extreme heat or cold, depending on the other symptoms.

The progress of a disease can actually be monitored by observing the tongue over the course of an illness. A person with a high fever might have a thick yellow coating; as the fever subsides, the coating becomes more white as the excess heat leaves the body. In fact, there are actually even more sophisticated visual diagnostic cues. However, the above descriptions illustrate that a wealth of information is available to the observant practitioner before hearing a single word of complaint from a patient.

On the next page, learn how other senses, such as smell and hearing, are used to make a diagnosis in Chinese medicine.