Use of Physical Factors in Traditional Chinese Medicine Diagnosis 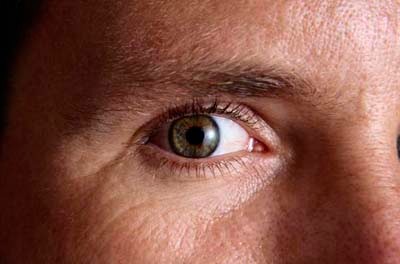 The eyes aren't just the window to the soul. They tell a practitioner if you're sick or not.

Evaluating physical factors in traditional Chinese medicine is important to making a diagnosis. These factors can indicate the type and level of an illness.

It is important to remember that these terms refer more to the patient's perceptions of cold or heat, rather than an actual elevated body temperature or shivering. Chills and fever that occur simultaneously indicate an external condition: If the chills are worse than the fever, the condition is wind cold; if the fever is worse than the chills, it is wind heat.

A chronic low-grade fever can occur after an illness accompanied by a fever has "burned out the yin." This sort of fever can also be a sign of qi deficiency associated with a collapse of the body's immune system. Feeling cold can be a symptom of either wind cold or yang deficiency. In wind cold, it can be difficult for a person to get warm, even when he or she is bundled up in warm clothes. Wind cold is an acute ailment of short duration, while yang deficiency is a long-term, chronic condition.

Perspiration is regulated through the opening and closing of the pores, a function of the defensive qi (wei qi). When qi or yang deficiency occurs, the pores remain open due to weakness, and the person experiences spontaneous sweating during the day. This can occur even if the person has not become overheated. Sensations of heat in the evening with night sweats are considered a sign of yin deficiency. This condition is called "stealing sweats" because it steals fluids from the body like a thief in the night.

In an external disorder, perspiration is an important indicator of the final diagnosis: With wind heat, the person perspires, while with wind cold, the pores are closed from cold, causing a lack of sweating. If sweating occurs with an external condition, and the person feels better afterward, it is a sign that the body has successfully expelled the pathogen. If sweating doesn't break the fever or make the person feel better, the pathogen is successfully fighting against the wei qi.

Headaches that have an acute onset with severe pain are usually due to an external pernicious influence, such as wind cold or wind heat. Milder, more chronic head­ache pain suggests an internal influence such as qi or blood deficiency. Severe, intermittent pain is likely due to liver fire, which rises up to the head, often from an outburst of anger.

The location of the headache also has clinical significance, since it helps the physician select herbs and acupuncture meridians that run through the area of pain. For example, a frontal headache is considered a disorder of the stomach meridian. Treatment involves needling acupuncture points on that meridian and prescribing herbs with an affinity for that area of the body. Pain at the top or sides of the head is related to the liver and gallbladder, while pain at the back of the head is related to the bladder meridian.

Dizziness is another important diagnostic aspect associated with the head. If dizziness is due to qi deficiency, the symptoms are mild and get worse when the person is tired. Blood deficiency dizziness is also mild and gets worse when the person stands up suddenly. Dizziness from dampness is associated with a heavy feeling, which patients often describe as a "wet blanket wrapped around the head." Liver fire can create a severe form of dizziness in which the person loses balance as if on a rolling ship. If the head itself is shaking, it is a sign of internal wind moving.

Since many people turn to traditional Chinese medicine for the treatment of pain, this is often the first symptom mentioned to a practitioner. The practitioner can accumulate an abundance of information by asking about the location, severity, frequency, and causes of pain in the patient's body. Pain that comes and goes is due to wind or qi stagnation, while pain in a fixed location is a result of cold or blood stagnation. If pressure relieves the pain, it is a deficient type; pressure always makes excess type pain feel worse. Pain in specific areas of the body can also serve as a sign of problems in an internal organ.

Since the kidneys open up into the ears, poor hearing or deafness is usually from kidney deficiency. Sudden deafness is usually due to heat and fire rising up to the ears, which is an excess condition. Similarly, ringing in the ears (tinnitus) is a sign of an excess condition if it comes on suddenly as a loud, high sound. Most often this is a condition of liver yang rising up to the head. Development of tinnitus over a long time is a sign of depletion of the kidneys. One diagnostic test is to press on the ears. If the sound gets stronger, it is due to excess; if it gets weaker, it is due to deficiency.

The eyes can also tell a lot about the patient. As previously mentioned, a practitioner looks into the eyes to assess the state of a person's shen (spirit) and thus acquire a general picture of the overall vitality and the potential for healing. Pain in the eyes can be due to liver fire or wind heat, while dry eyes can be caused by blood deficiency. Poor vision in general is associated with kidney jing or liver blood deficiency, as is night blindness. Itching in the eyes is a symptom of external wind or blood deficiency. Abnormal eye movement is a sign of internal wind.

The stools and urine are important sources of information but may be signs overlooked by the patient. Stools that are sticky or cause burning with a strong smell are a sign of heat, while watery diarrhea with little smell is a sign of deficiency or cold. Damp heat causes frequent urges to defecate, but only a small amount is expelled each time. Stools that are watery with undigested food indicate spleen yang deficiency; if the same symptoms occur early in the morning ("cock's crow diarrhea"), it is due to kidney yang deficiency.

When constipation occurs, other diagnostic signs must be taken into account. If constipation accompanies dark urine, bad breath, and a yellow tongue coat, heat is the cause. Qi stagnation is the cause if the constipation occurs when the person is upset; qi deficiency is implicated if a person feels fatigued after a bowel movement. In blood or yin deficiency, the stools are exceptionally dry, making them difficult to pass.

Frequent passing of clear urine indicates kidney deficiency; if the urine is concentrated (dark yellow), it is a sign of heat. Bed-wetting can also occur in kidney deficiency; in children, the cause of the bed-wetting is usually emotional. Lack of urination can arise from very deficient kidneys or occur due to severe heat, blood stagnation, or a stone.

On the next page, learn about how lifestyle factors, such as the amount of sleep you get or how much you eat, can help a practitioner diagnose an illness in Chinese medicine.