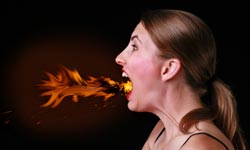 Heartburn, or acid reflux, hits when stomach acids escape into your esophagus. Learn about home remedies that will quench the flames of heartburn. See home remedy tips and pictures.
©iStockphoto.com/sdominick

Heartburn. The word evokes a frightening picture: your heart on fire, sizzling and smoking, without a firefighter in sight. Fortunately, the word is a misnomer. It's not your heart that's on fire, it's your esophagus. But heartburn is easier to say than "esophagusburn."

Your esophagus, the food tube that carries what you swallow down to your stomach, can literally be burned by the acids released by your stomach.

Unfortunately, we can experience something called reflux, or acid reflux. That's when some of the stomach contents, including the acid, slip back up through the esophageal sphincter, the valve that's supposed to prevent the stomach's contents from reversing course. Reflux causes an uncomfortable, burning sensation between the stomach and the neck. Most people feel the discomfort beneath the breastbone.

Occasionally the acid keeps on coming until you have a mouthful of something bitter and acidy. You may have some pain in your gut, too, or in your chest. Along with that acid may come a belch, one that may bring even more of that stomach acid with it.

Generally, heartburn isn't serious. In fact, small amounts of reflux are normal and most people don't even notice it because the swallowing we do causes saliva to wash the acids right back down into the stomach where they belong. When the stomach starts shooting back amounts that are larger than normal, especially on a regular basis or over a prolonged period of time, that's when the real trouble begins, and simple heartburn can turn into esophageal inflammation or bleeding.

There are several prescription medicines available for the treatment of long-term or serious heartburn or acid reflux, and over-the-counter remedies are available at your pharmacy, too. But there are several home remedies right in your own kitchen that can fight the fire of heartburn. If you suffer from heartburn, read on -- we'll offer some tips for cooling the flames and avoiding heartburn flare-ups.

Acid in your stomach helps digest food, but your body makes much more than it needs. Shutting down production of this stinging stuff means there will be less of it swishing around in your stomach, just waiting to wash upward and burn your esophagus. Pharmacies sell low-dose, over-the-counter (OTC) versions of medications that block stomach acid from forming. (The higher doses of these drugs are available only by prescription.) These so-called H2 (or histamine) blockers, such as cimetidine (Tagamet HB) and ranitidine (Zantac 75), seem to help about half of heartburn sufferers.Medications called proton pump inhibitors (PPIs) are even more effective at reducing acid.

Most of these drugs require a prescription, however. And even though one PPI, omeprazole (Prilosec), is available OTC, most gastroenterologists recommend patients undergo endoscopy (a diagnostic procedure in which a lighted, flexible tube is inserted through the mouth and down the throat to visualize the upper gastrointestinal tract) before beginning treatment with a PPI. 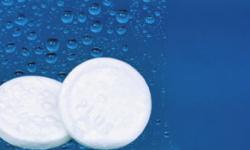 Antacids can be taken about every six hours.
©iStockphoto.com/Ispixel

Over-the-counter antacids in tablet or liquid form can help cool the burn. Take a dose about every six hours as needed. Don't overdo it, though, because too much antacid can cause constipation or diarrhea. Even if you forget to take an antacid during the day, you should try to remember to take one at bedtime if you suffer from frequent heartburn. You need to protect your esophagus from the pooling of stomach acids that commonly occurs at night, when you are horizontal for hours on end. Heartburn that occurs during the night causes more damage than daytime heartburn.

Keep your head up

Another way to protect your esophagus while you sleep is to elevate the head of your bed. That way, you'll be sleeping on a slope, and gravity will work for you in keeping your stomach contents where they belong. Put wooden blocks under the legs at the head of your bed to raise it about six inches. Avoid waterbeds too, as your body basically lies flat on the water-filled mattress. You can't effectively elevate your chest and therefore can't prevent your stomach contents from spilling out into your esophagus.

Be careful when you eat

Tempting as it may look, the couch is not your friend after you eat a meal. People who lie down with a full stomach are asking for trouble. Wait at least an hour before you lie down.  In fact, it's b­est if you can wait two to three hours -- the time it takes the stomach to empty -- after a meal to go to bed. While you're waiting, stay upright.. A stomach ballooned by too much food and drink may partly empty in the wrong direction, so pass on seconds as well.

Watch what you drink 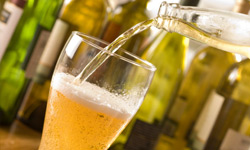 Alcohol can relax the sphincter and irritate the stomach, too, which can lead to reflux.

Additionally, slow down on soda. The carbon dioxide in soda pop and other bubbly drinks can cause stomach distention, which can push the contents of the stomach up into the esophagus.

Pregnancy can cause heartburn, particularly in the third trimester when your growing baby is pushing up against your stomach. If you still have heartburn after making lifestyle changes, such as eating smaller meals, talk with your doctor about taking an antacid. 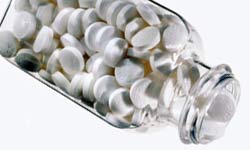 If you're about to pop a couple of aspirin in your mouth, think again. Aspirin, ibuprofen and products that contain them can burn the esophagus as well as the stomach. Opt for acetaminophen for pain relief. For a list of precautions to take when using over-the-counter analgesics, click here. 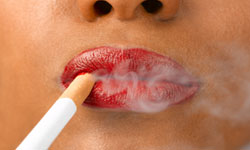 Nicotine from cigarette smoke irritates the valve between the stomach and the esophagus, as well as the stomach lining, so smokers tend to get more heartburn.

Drink water in between meals, not with meals. If you drink fluids with meals, you increase the volume of stomach contents, which makes it easier for heartburn to happen.  You can also try these stomach-cooling juices for heartburn relief: papaya, mango, guava, pear. Or run a cabbage or raw potatoes through a juicer for a natural drink to soothe stomach burn.

Buttermilk is also an acid-reliever, but don't confuse it with regular milk, which can be an acid-maker, especially if you are bothered by lactose intolerance.

Chewing 6 or 8 blanched almonds during an episode of heartburn may relieve the symptoms. Chew them well, though, to avoid swallowing air and causing yourself more discomfort.

You can also try brown rice, plain or with a little sweetening. Rice is a complex carbohydrate and is a bland food, which is less likely to increase acidity or relax the sphincter muscle.

Soda crackers (preferably unsalted) are bland, they digest easily, and they absorb stomach acid as well. They also contain bicarbonate of soda and cream of tartar, which neutralize the acid. Tip: You know that package of soda crackers they always give you at the restaurant, that you leave on the table? From now on, take them with you. These come in handy when you're plagued by heartburn and can't seek immediate relief. 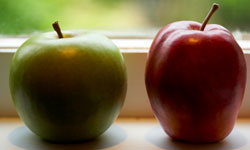 An apple may keep the doctor and your heartburn away.
American Images Inc./Getty Images

Apples cool the burn of stomach acid. Eat them fresh, with the skin still on, or cook them for desserts. Apple honey is also a simple remedy that will neutralize stomach acids. Peel, core and slice several sweet apples. Simmer with a little water over low heat for three hours until the mixture is thick, brown, and sweet to the taste. Refrigerate in an airtight container and take a few spoonfuls whenever you have the need. Or, make a compote of baked pumpkin and apples, spiced with cinnamon and honey, for a dessert that's both curative and tasty.

Go to the spice rack

Cardamom. This old-time digestive aid may help relieve the burn of acid indigestion. Add it to baked goodies such as sweet rolls or fruit cake, or sprinkle, with a pinch of cinnamon, on toast. It works well in cooked cereals, too.

Cinnamon. This is a traditional remedy for acid relief. Brew a cup of cinnamon tea from a cinnamon stick. Or try a commercial brand, but check the label. Cinnamon tea often has black tea in it, which is a cause of heartburn, so make sure your commercial brand doesn't contain black tea. For another acid-busting treat, make cinnamon toast.

Ginger. A tea from this root can soothe that burning belly. Add 1 1/2 teaspoons ginger root to 1 cup water; simmer for ten minutes. Drink as needed.

Sage. A sage tea can relieve stomach weakness that allows acid to be released back into the esophagus.

Make your own antacid 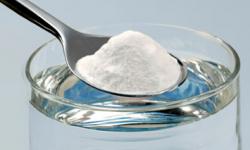 Use caution when making an antacid with baking soda.
©iStockphoto.com/ajafoto

Place 1/2 teaspoon of baking soda in 1/2 glass water. Check the antacid use information on the box before using this remedy, however. Warning! If you're on a salt-restricted diet, do not use baking soda. It's loaded with sodium. And do not use it if you're experiencing nausea, stomachache, gas, cramps, or stomach distention from overeating.

Stress can prompt increased acid secretion and cause the esophageal sphincter to malfunction. Make sure you take the time to chew thoroughly as well. Sometimes heartburn will flare because the food is simply too large to get through the digestive tract and it, along with the acids, is forced back up.

These home remedies should help you keep your heartburn under control. However, if your heartburn is frequent and severe, be sure you talk to your doctor about it. 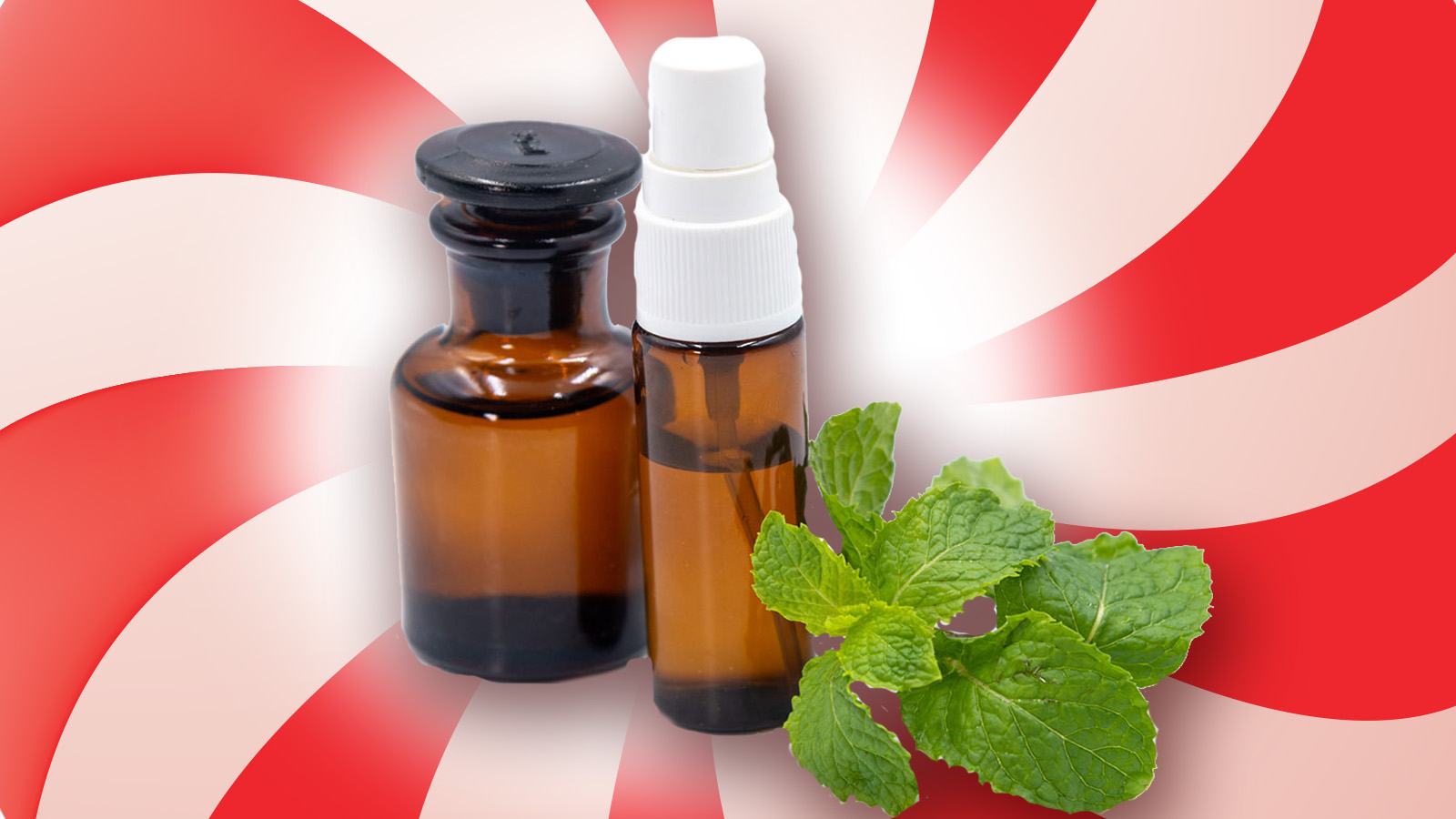