Why do I get canker sores in my mouth? 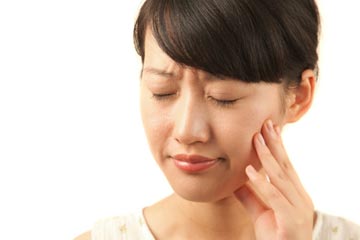 Unlike cold sores, canker sores are always on the inside of your mouth.
iStockphoto/Thinkstock

Even though they are tiny in size, canker sores cause a disproportionate amount of pain. What's more, the causes of canker sores remain unknown. Even though experts have not been able to determine the exact reasons why these miniscule ulcers flare up, 20 percent of the population suffers from canker sores [source: Nabili]. Canker sores, or aphthous stomatitis, are small ulcers in your mouth that cause pain and discomfort when talking or eating.

Canker sores come in two varieties: simple and complex. Simple canker sores appear a few times a year and last about a week, and most often occur in people between 10 to 20 years old. Complex canker sores are less common, but people who have had canker sores are more likely to get them [source: WebMD].

Although doctors have not been able to determine the exact causes of canker sores, several factors have been linked to their occurrence. Stress, injury, and the intake of acidic or citrus foods can bring on canker sores or make them worse. In addition, sharp objects such as braces might cause canker sores. A weakened immune system, gastrointestinal disease or nutritional problems might also trigger complex canker sores.

How do you know if you've got a canker sore? If you experience a painful, burning or tingling feeling in your mouth and notice round sores that are white or gray in color with redness on the border, you might have canker sores. Symptoms of more severe canker sores include fever, lethargy and a swelling of lymph nodes.

The good news about canker sores is that they usually go away by themselves; rather than seek medical treatment, it's usually safe to ignore them and let them run their course. Pain from a canker sore generally lasts seven to 10 days, and the sore will usually disappear completely in one to three weeks [source: Medline].

Doctors generally suggest over-the-counter ointments that you would use to ease toothache pain to relieve discomfort caused by a canker sore. Medicines that include glycerin and peroxide are best because they will protect the sore and help fight against bacteria. You even can make a canker sore treatment by swabbing a mix of one part hydrogen peroxide with one part water to the affected area, followed by a dab of milk of magnesia. (Do this three to four times a day). Additionally, rinsing your mouth out with mouthwash will help to keep the ulcer clean.

If a canker sore becomes too painful or stays around for longer than three weeks, see a doctor. He or she can prescribe an antimicrobial mouth rinse, a prescription to combat pain or a corticosteroid ointment.

Although there is no cure for canker sores, you can reduce their frequency by avoiding spicy or acidic foods that have the tendency to irritate your mouth and staying away from chewing gum. Brushing your teeth after meals and flossing daily will also help to keep your mouth clean and canker-sore free.

Herbal Remedies for Cold Sores
Cold Sores: Causes and Treatments
Why do you have sore gums?

5 Reasons Why Flossing Is Extremely Important
Is the fluoride in water good for your teeth?
Is it safe to use DIY dental instruments?