How are gingivitis and pregnancy related? 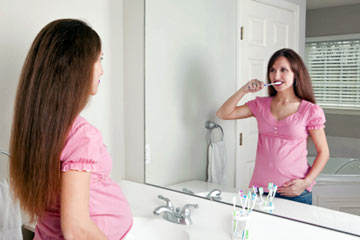 Pregnancy comes with a lot of physical changes that affect your body, and one of those just happens to be a higher likelihood of getting gingivitis.
©iStockphoto/Sharon Dominick

An old wives tale grimly predicted: "Have a baby, lose a tooth," and if you have two, four, eight or more kids, that's a lot of gaps in your motherly smile. Although it's true that many young women in the early years of colonizing the United States lost teeth as their bodies changed through pregnancy, and some pregnant women in areas with less-developed dentistry still lose teeth, it is not as common in the West today. Thankfully, it's not true that you have to lose a tooth to gain a child; however, there is a definite link between gum problems such as gingivitis and childbearing.

Many pregnant women have that rosy-cheeked, lit-from-within glow to complement the beautiful growth in their bellies. Some changes taking place in the body, though, are nothing to smile about. Hormones -- particularly an increase in progesterone -- and more rapid blood flow both cause swelling and tenderness, and some of these can be in the mouth.

Pregnancy gingivitis affects many -- if not most -- women who are expecting, and it can be painful and can worsen quickly, not to mention it's disconcerting among all of the other aches and changes. Bleeding and swollen gums, increased sensitivity and even excess saliva are also common in pregnancy. In some women, hardened growths called "pregnancy tumors" form in the gums and may need to be removed if they don't shrink back on their own after delivery, but often they can appear and disappear during pregnancy. These tumors are actually swollen tissue lesions brought on when already sensitive gums are irritated by food or plaque and bacteria [sources: AAP; [url='http://www.ada.org/en/Home-MouthHealthy/~/link.aspx?_id=85F66A4BCFA644488A4E208418B0013E&_z=zADA[/url']; March of Dimes].

Is it inevitable that having a baby means having mouth problems? Maybe, but it has a lot to do with what kind of a plan you have for meeting the changes head on. What happens to your gums during those nine months or so of pregnancy can be short lived or last for the long term depending on how proactive and diligent you are with oral care before, during and after the bundle of joy changes, not just your body, but also your schedule.

We'll take a look inside the mouth and body of a woman carrying a baby and see just what's going on, next. 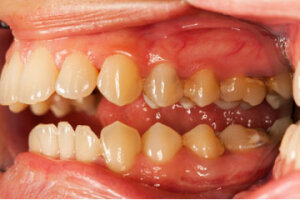 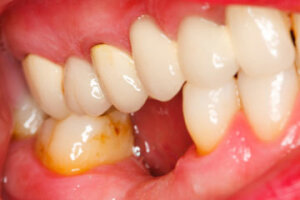