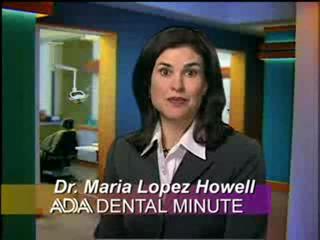 It may start with a tingle on the inside of your lip. Or maybe a bit of a burning sensation on your inner cheek. You might wonder, did you poke yourself with a pointy end of a potato chip again? Or worse, who have you been kissing?

There's more than one type of sore that can develop inside your mouth. Some appear as flat lesions or shallow abrasions, while others may be raised bumps. They may be red, white, yellow or gray.

Aphthous ulcers (or aphthae), commonly known as canker sores, are small sores that develop in the soft tissues inside the mouth: the inside of the lips, the inner cheeks and on the tongue. These are the most common type of mouth ulcer.

Minor sores are usually less than 5 millimeters in diameter (although they can be anywhere from 1 to 10 millimeters and still be considered minor). Often, people develop their first minor ulceration as a child, teen or young adult. Major ulcerations, which affect adults, are similar to minor sores but are larger than one-half inch (1.3 centimeters) in diameter; and the rarest form, herpetiform ulcerations, are clusters of very small ulcers that usually affect only older adults. While some people will have just one or two ulcers in a lifetime, others -- at least one out of five people -- have chronic ulcerations, a condition called recurrent aphthous ulcers (RAU).

While canker sores are not contagious, another type of mouth sore is: the cold sore. Cold sores are sores that appear on the outside of the mouth. They're caused by a virus -- the herpes simplex virus -- and are so contagious that during ancient Roman times an outbreak of cold sores led Emperor Tiberius to ban kissing during public ceremonies.

But it's not the herpes simplex virus that causes ulcers inside the mouth. Let's find out what does, and if you're at risk.

What Causes Ulcers in the Mouth?

The verdict is still out on an exact cause of mouth ulcers but we do know there are contributing factors at work here.

Mouth ulcers form when the soft tissue -- the epithelial tissue -- becomes wounded, exposing the nerve endings that lie below the surface. Sometimes, it's a common injury, such as something as innocuous as biting the inside of your lip (either from habit or by accident), accidentally injuring gum tissue with your toothbrush or having poorly-fitted dental work (loose dentures or a rough spot on a crown that rubs against the inside of your mouth).

Sometimes it's not due to an injury, though. Aphthous ulcers are associated with emotional stress, deficiencies in B vitamins, folate, iron and zinc, and, sometimes, certain drugs such as non-steroidal anti-inflammatory medicines, drugs to treat osteoporosis (bisphosphonates) and some cancer treatments. They also are prevalent in people with compromised immune systems such as from HIV or other systemic viral infections, skin conditions such as lichen planus or those who have autoimmune disorders such as celiac disease, Crohn's disease and Behçet's syndrome. Food allergies may play a role for some people.

Women are also more likely to have mouth ulcers, especially during pregnancy and just before menstruation, so hormones also play a causal role.

Recurrent mouth ulcers also seem to be in some people's genes -- about one-third of people who have RAUs report it runs in the family [source: Scully]. Although researchers aren't yet sure why this is, a study published in the British Dental Journal found that it might be linked to a problem with the way the immune system behaves, mistaking the body's own healthy cells as foreign.

Because there is no clear cause for mouth ulcers, there is no definitive treatment. There are ways to reduce the symptoms and perhaps reduce the frequency of ulcers, though, while they heal.

What are those flat white patches in your mouth?

Flat, white lesions may develop in the soft tissue of the mouth. These patches are most commonly caused by two conditions: candidiasis, which is a yeast infection in the mouth, and leukoplaka, a condition common to tobacco users where the cells of the mouth overgrow. While candidiasis is easily treated with anti-fungals, leukoplaka is associated with oral cancer.

Most mouth sores are nothing to worry about, and minor mouth ulcers will heal on their own in about seven to 10 days (it usually takes the major or herpetiform ulcers a little longer to heal, one month to several weeks).

While rare, some complications may occur. Mouth ulcers often cause pain, especially when eating, drinking and talking, and people who suffer from major recurrent aphthous ulcers have a risk of becoming dehydrated or undernourished if the pain from the large sores is severe enough to cause them to avoid food and beverages. These ulcers may also leave behind scars. Any sore that doesn't heal after two to three weeks should be looked at by a health care professional to rule out underlying conditions such as cancer, a viral or bacterial infection or a systemic disease.

There is no cure for mouth ulcers, but there are treatments aimed at relieving pain and swelling and that may encourage healing. Over-the-counter remedies such as anesthetic gels, liquid antacids and antihistamines often work well to reduce pain when applied directly to the ulcer. A health care professional may prescribe a stronger topical analgesic or corticosteroids to help relieve more severe pain.

There's also no way to prevent getting a mouth ulcer, although there are some tricks that may help to reduce the number of ulcerations and their severity.

Avoiding foods that are hot, spicy or acidic may help to reduce irritation in the mouth, a contributor to mouth ulcers, and good daily oral hygiene habits are also considered helpful in reducing ulcerations. Make note, though, that some studies recommend avoiding products that contain sodium lauryl sulfate, a common ingredient in toothpastes and mouthwashes, because it may cause damage to the soft tissue inside the mouth.

Sometimes, as is the case for people with celiac disease or those with certain food allergies (such as dairy), dietary changes may help reduce the occurrence of canker sores. Taking vitamin and mineral supplements, especially vitamin B12, iron and zinc may offer some protection against ulcer recurrence, as well.