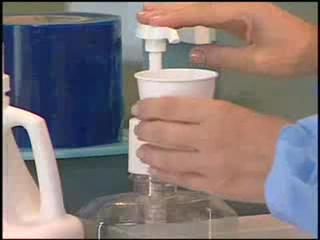 You brush, maybe you floss and you try to get to the dentist for your routine cleanings when you remember. Sound familiar? Only about half of Americans floss every day (and 10 percent admit they never floss) [source: Freeman]. The result of this sometimes lax dental hygiene is that the majority of American adults have periodontal disease.

Periodontal diseases are diseases that affect the periodontium, which includes the gingiva (the gums), the roots of the teeth, the periodontal ligament (which holds the tooth in the bone) and the alveolar bone. They may take hold around just one tooth or they may affect a whole mouth. These diseases are most often caused by plaque build-up on the teeth and gums.

Plaque is a sticky residue of bacteria that clings to the surfaces of our teeth and gums. Studies find that a healthy mouth may have more than 350 different species of bacteria in it, and about five percent of that bacteria can be linked to inflammation and infection [source: University of Maryland Medical Center, Lovegrove]. These bacteria feed on the sugars and starches left over from the foods we eat and drink, and in turn they produce acid. When plaque is allowed to linger along the gum line, the acid produced by the bacteria begins to irritate and inflame the gum tissue, leading to tooth decay and eventually, as the bacteria invade the tissues and bone below the gum line, tooth loss.

Other causes of periodontal disease include personal habits such as smoking, poor oral hygiene, certain medications and illnesses as well as hormonal changes in women and your personal family history.

There are two stages of periodontal disease: gingivitis and periodontitis. Let's talk symptoms and severity next.