How Can You Avoid That Trip to the Dentist? Regrow Your Teeth

Browse the article How Can You Avoid That Trip to the Dentist? Regrow Your Teeth 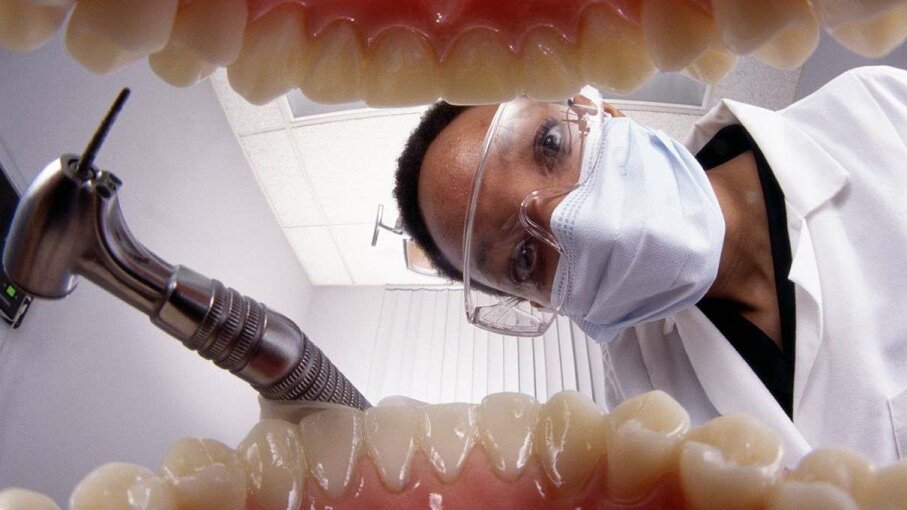 A new synthetic biomaterial could prompt healthy cells to regenerate bony parts of the tooth and shake up the way dentists practice. Donald E. Carroll/Getty Images

Every day, doctors with sharp instruments and whirring drills dive into people's mouths to perform more than 41,000 root canals. That's more than 15 million root canals a year in the U.S. alone, according to the American Association of Endodontists.

Now, Adam Celiz and his merry band of researchers from the U.K.'s University of Nottingham and Harvard University have devised a way that could stop all that digging and screaming. They've come up with a synthetic biomaterial that, used as a tooth filling, somehow prompts healthy cells to regenerate bony parts of the tooth. In effect, bad teeth heal themselves.

The news has surged over the internet recently which, if you've ever found yourself flop sweating in a dentist's chair, is entirely understandable.

"I've been very surprised by the amount of interest, considering the work's not even published. Surprised and pleased, really," Celiz, a Marie Curie research fellow at the University of Nottingham, says from his office. "There seems to be a lot of people reaching out who have had the root canal therapies and have had really bad experiences. Either they've obviously been very painful, or they've failed and they've had to have the tooth extracted. So I think there is a real drive to find an alternative to this therapy."

About a year ago, Celiz sat down for a cup of coffee at Harvard's Wyss Institute for Biologically Inspired Engineering with fellow researcher Kyle Vining, a Harvard grad student with a degree in dental surgery. They talked about root canals — that super-invasive procedure designed to dig out the diseased or decayed core of a tooth and stuff it with an inert sealant — and figured there had to be a better way.

They discussed the need for a filling that might work with underlying healthy cells, rather than just sealing off the cells and, in many cases, killing them.

Celiz, a chemist whose research is in regenerative medicine and tissue engineering, went back to his lab. And what he and his team have discovered in the past year — they're not being too specific on the material's makeup, considering the findings haven't been published yet — has some real dental-health-shaking implications.

Even if how it works, right now, is not completely understood.

"We're trying to figure out the mechanism of action. But, just through in vitro testing, we know that cells can attach to our materials, and they can proliferate and replicate on our materials," Celiz says. "They seem to attach and like this material. And we can make them differentiate on our material, too. And that differentiation [the process of turning a cell into a specialized cell] is key."

The as-yet unnamed material is now in preclinical trials. So it still must go through clinical trials (that's testing on real, live people), and after that it'd have to be OK'd by various regulatory agencies in different countries. Then it must be mass-manufactured and marketed, and doctors have to get comfortable using it.

"It will be a few years before you probably see this material on the market," Celiz says.

But promising? Absolutely. And not completely out-there, either. In fact, Japanese scientists and drug companies have developed regenerative skin and cartilage that is being used on patients now. By 2018, researchers say a regenerated cornea will be available for implantation in Japan. Regenerated livers are not too far in the future.

Healthier teeth — especially considering that more than 90 percent of adults (ages 20-64) have had dental decay, according to the National Institute of Dental and Craniofacial Research — is a pretty nice goal, too.

"What I would like the material to achieve is actually change the way that dentists practice. And to actually provide a solution to a problem that's been troubling patients for years ... to give them a better treatment, so that way they'll be able to have healthier teeth, longer. That would be great, if we can actually get this material into clinics to help patients," Celiz says. "It will have attractive commercial properties, too, but what drives us ... is trying to solve the biomedical problems and actually help people."

NOW THAT'S INTERESTING
Gutta-percha is a plastic, rubber-like substance made from the sap of a tree that is found in Southeast Asia, Australia, other parts of Oceania and the western Pacific. Commercially manufactured gutta-percha is currently the go-to material used to fill in the gaps and canals in a tooth during a root canal procedure.