Taking Your Mouth Into Your Own Hands: DIY Braces

Browse the article Taking Your Mouth Into Your Own Hands: DIY Braces 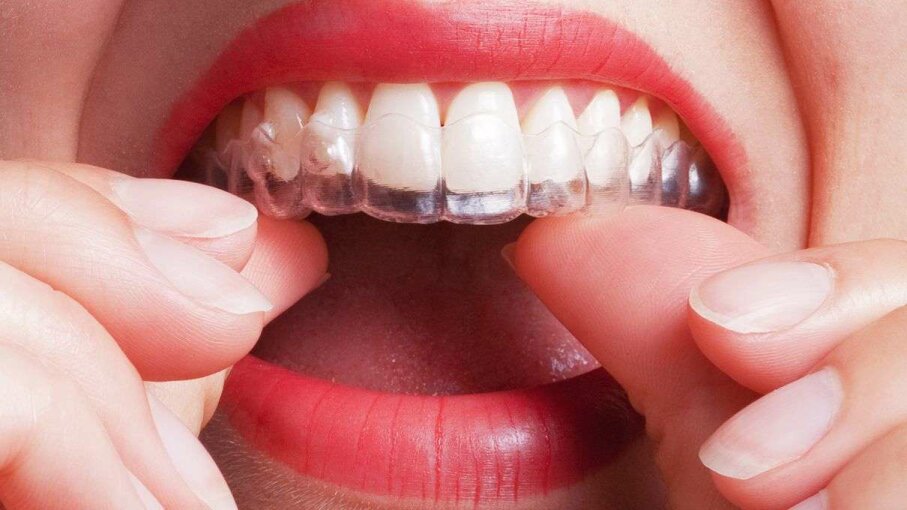 Straightening your teeth with an aligner can cost $3,000-$8,000. That's a lot of money for a broke college student who happens to be a designer with access to a 3-D printer. Sdominick/Getty

We all have something about our bodies we want to tweak. A nose that resembles a hawk's beak. A gigantic head that never can find a baseball cap that fits. But that nose might make you look like a Roman senator of yore, and your huge head probably scares off wild animals. Quirks of appearance make us unique, and we should never change them.

Or we should take matters into our own hands and change them immediately, without medical advice or oversight.

Amos Dudley, a designer and college student from New Jersey, did the latter when he decided to manufacture his own orthodontia aligner (like the popular Invisalign brand) with a 3-D printer, some reference orthodontia texts and $60 worth of material. The result? From the before and after pictures, there's little doubt that those teeth have moved into a position where the designer feels a lot more comfortable smiling, according to Dudley's fascinating post titled "Orthoprint, or How I Open-Sourced My Face."

Keep in mind that Dudley had to spend a fair amount of time and research to perfect his homemade orthodontics. First, he had to create a mold of the teeth, which provided the basis for the casting that Dudley used to make a 3-D scan. Next he figured out how much he needed his teeth to move and created a series of models that allowed for the incremental changes. The aligners themselves were developed on a vacuum-forming machine, to accommodate the nontoxic, high-grade plastic that must be used. After 16 weeks, Dudley had a straight smile and a viral story.

So Dudley gets the celebrity-worthy teeth for a tiny fraction of the estimated $3,000-$8,000 a conventional aligner treatment will run, and some local New Jersey orthodontist gets to spend a day on the golf course instead of dealing with a new patient. Everyone wins, right?

Not quite. Somewhat predictably, the American Association of Orthodontists (AAO) isn't thrilled with the idea of outsourcing their work to undergrads with access to a computer lab.

Dr. Brent E. Larson is a private practice orthodontist, teaches orthodontics at the University of Minnesota School of Dentistry and sits on the board of trustees at the AAO. In a statement provided by the AAO, Larson warns that orthodontia is more than just making your teeth straight.

"A focus only on alignment and not on function or health often results in an unstable result with long-term dental health compromises," writes Larson about homemade dental equipment. "This could result in loss of the supporting tooth root, gum recession, or, in the worst case, loss of teeth."

Larson goes on to warn that the damage you could do to your teeth with a DIY fix might "far exceed" the cost of an initial orthodontic treatment.

NOW THAT'S COOL
While DIY dentistry isn't recommended for humans, other animals might be another story. A bald eagle rescued in Idaho was shot in the face by a poacher, leaving her without a top beak. However, engineers and biologists teamed up to create a 3-D-printed prosthetic beak, which allowed the eagle to feed, and become a resource for raptor education.