How to Prevent Brain Infections

How to Prevent Bacterial Meningitis 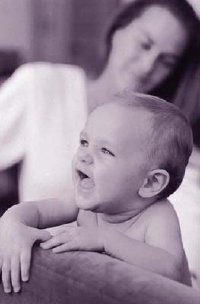 ©2006 Publications International, Ltd. Children are especially vulnerable to bacterial meningitis. Ask your family physician about the correct time to vaccinate your child.

Bacterial meningitis is a serious and often fatal illness which can be prevented by vaccinating oneself against the disease. For those not vaccinated, however, it is critical to recognize the symptoms of the disease rather quickly for treatment to be successful. The illness is caused by a host of bacterium which target the brain and can is not discriminate with regard to the age of its preferred host. The following will provide a brief examination into Bacterial Meningitis.

One of three types of bacteria typically causes bacterial meningitis: Haemophilus influenzae type b (Hib), Neisseria meningitidis (meningococcus), and Streptococcus pneumoniae (pneumococcus). A fourth bacterium, Listeria monocytogenes, is a less-common cause of meningitis. Finally, newborns can also contract bacterial meningitis, usually from Escherichia coli or group B Streptococcus in the mother's birth canal.

The bacteria that cause bacterial meningitis are not highly contagious, but some can be spread through direct, close contact. Listeria spreads from contaminated foods and does not pass directly from person to person. Meningococcus infection, with or without meningitis, can cause the spread of bleeding under the skin; this bloodborne infection can be fatal.

Common symptoms include a stiff neck, high fever, headache, nausea, confusion, sleepiness, seizures, and sensitivity to light. These symptoms may be more difficult to detect in infants (and the elderly), but they are often accompanied by poor appetite, listlessness, and fussiness. Treatment for bacterial meningitis requires antibiotics, and the success rate is better when the disease is diagnosed and treated soon after symptoms begin.

Except for Listeria, the bugs that cause bacterial meningitis are often present in the throat and mouth on and off throughout a person's life. In people who haven't been immunized against the particular bug and have recently acquired the bacterium, it can penetrate the fluid around the brain and spinal cord. The bacteria then multiply quickly and inflammation sets in, creating the symptoms that mark the infection.

Who Is At Risk?

According to the Centers for Disease Control and Prevention (CDC), college freshmen living in dormitories are also at risk for meningococcal meningitis, as are military recruits and those traveling to areas of the world (such as sub-Saharan Africa) where meningococcal disease is more common. Bacterial meningitis is relatively rare in developed countries and usually occurs in isolated cases. Epidemics of meningococcal disease still occur in parts of the developing world.

Today, with the virtual elimination of Hib meningitis in the developed world thanks to the widespread use of the vaccine, meningococcus and pneumococcus now cause most cases, except for those in newborns. According to the CDC, two vaccines help protect against most, but not all, types of Neisseria meningitidis, meningococcal polysaccharide vaccine (MPSV4 or Menomune) and meningococcal conjugate vaccine (MCV4 or MenactraT).

MCV4 is recommended for all children at 11 to 12 years of age. For those who have not already received MCV4, a dose is recommended before entering high school. The CDC recommends routine MCV4 vaccination for at-risk people.

The pneumococcal polysaccharide vaccine can be given to ward off meningitis caused by Streptococcus (pneumococcus). This vaccine is recommended for people 65 and older or younger people with a variety of chronic diseases or those who've had their spleen removed. A newer vaccine, pneumococcal conjugate vaccine, also is routinely recommended for children. This vaccine may be as active against pneumococcal infection in children as the Hib vaccine was against Haemophilus influenzae meningitis.

There is no vaccine to prevent Listeria infection. Those susceptible to bacterial meningitis, such as those on chemotherapy for cancer or people receiving treatment to prevent organ rejection after a transplant, should avoid high-risk foods, such as deli meats, hot dogs, and unpasteurized soft cheeses.

Diseases affecting the brain are not limited to those transmitted by one human to another. Our friends in the animal kingdom harbor their fair share of deadly virsuses as well, which they then pass on to us. An additional, and almost always fatal brain disease when not treated, is discussed on the next page.