by Rebecca Fairley Raney
Prev NEXT
5

The first efforts to ban smoking started in the early 1600s. 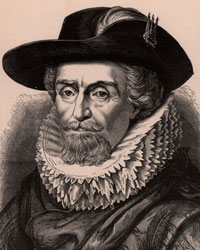 King James I cracked down on smoking in the early 1600s, even imposing a 4,000 percent tax increase on tobacco.
Photos.com/Thinkstock

Rulers worldwide became uncomfortable with smoking once it became part of life for the common people. The idea that the masses could devote part of life to enjoyment instead of work was too threatening in those times.

According to historians, it was not just a threat to the social order. The initial idea that tobacco increased the capacity for work was eroded by the idea that it made people lazy.

The Ottoman sultan Murad IV banned it in the 17th century because he considered it a threat to morals and health, and he tried to close the coffee houses where people gathered to smoke. Several Chinese emperors, dating from the mid-1600s, banned the practice among the common people. The Patriarch of Moscow, in 1634, not only banned smoking but also ordered whipping for men and women who violated the order. King James I condemned smoking in 1604 because it caused laziness and moral laxness. To send the message home, he imposed a 4,000 percent tax hike on tobacco.

Then as now, these bans and restrictions were largely unsuccessful, and rulers of many countries resolved their conundrum by starting state-controlled monopolies and profiting mightily from the vice of their subjects.