by John Donovan Nov 30, 2015
"Ciggy Butts" has his work cut out for him, encouraging people to kick the habit. Only 4-7 percent of smokers are able to kick the habit without any help, according to the American Cancer Society. Justin Sullivan/Getty Images

The latest scientific step in the push to get people to stop smoking is revolutionary, if not a little 1980s in its Pac-Man execution.

Take an enzyme from a common bacteria found in soil. Inject it into somebody looking to kick the habit. Then step back and let it chomp-chomp-chomp on nicotine, chasing it down and destroying it before it can do its addictive bidding in a smoker's brain.

No weaning off the nicotine. No blocking it. No patches or gum or other drugs.

That's the theory, anyway, behind a first-of-its-kind study featured in the Journal of the American Chemical Society.

Kim Janda is a chemist at the Scripps Research Institute in California and the lead author on the paper. Janda has been working on vaccines as a way to help people stop smoking, with varied results, for some 30 years. It wasn't until recently, though, that he and his colleagues unearthed an enzyme from a bacteria called Pseudomonas putida, which essentially eats nicotine to live.

What if, they wondered, we could separate an enzyme from that bacteria and somehow use it instead of the vaccine?

A few years and a lot of work later, the Janda Group has come up with some promising possibilities.

"I think this is a reasonable biological alternative," Janda says from his lab in La Jolla. "I'm not going to say, ‘Well, this is a cure.' But just sticking with what we got, that's not probably the most palatable thing we can do."

Sticking with what's out there is a miserable alternative. The American Cancer Society says that only 4-7 percent of smokers are able to quit without any help. In his JACS paper, Janda and his colleagues cite studies that report that only 15-30 percent of smokers stay clear of smoking for a year with pharmacological help. Janda says many other studies suggest only 5-10 percent can boot the habit for good.

Considering that smoking kills nearly a half a million people in the U.S. each year — that's more people than die from HIV, illegal drug use, alcohol use, car accidents and firearms combined — finding another way to help people stop is a critical health issue.

"Put it this way. You don't have to be 100 percent [effective]," Janda says. "But if you can better something that's 5-10 percent to 30 percent ... well, that doesn't sound like much, but that's a pretty good success rate. If you can get over that hurdle of 30 percent, you'll have a pretty valuable thing that can be quite useful for people."

First, the scientists still have to find a way to keep the enzyme (NicA2) alive long enough. Janda figures it has to be able to stick around for at least a few weeks so that smokers don't have to constantly go back for an injection.

Second, NicA2 is bacterial protein, so it will get an immune response; the body will attack it. There are ways to engineer around both of those problems, but it's going to take a lot of trial-and-error work.

After that, there are clinical trials and Food and Drug Administration approval and all sorts of red tape. If everything goes perfectly, something like this probably is still years away.

But the promise of this enzymatic Pac-Man, first found in the same soil where tobacco grows, is undeniable.

"I've thought about this a long time, but I was trying to design an enzyme de novo, and I just couldn't do it. Nature was more clever than I am," Janda says. "So sometimes you just have to tip your cap to nature and go from there."

Now That's Cool
Pseudomonas putida can break down all sorts of stuff, including Atrazine, an herbicide that's widely used in the U.S. and that's been banned in Europe since 2004.

We Should Still Be Talking About Moon Colonization 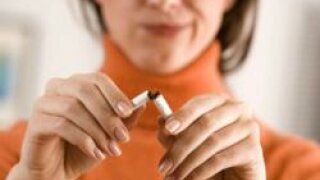 Stuff You Should Know Podcast: Is Quitting Smoking Contagious? 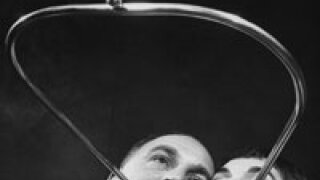 What's the Difference Between a Mountain Lion and a Cougar?
February 27, 2020