by Alia Hoyt Aug 24, 2017
Tobacco companies stopped fighting nicotine patches when they discovered that many smokers use them to supplement their habit. mush m./Creative Commons (CC by 2.0)

Back in 1984, the war on smoking took a new turn when prescription nicotine replacement therapy (NRT) products, like nicotine patches and gum, were approved by the U.S. Food and Drug Administration (FDA). Tobacco companies actively opposed these smoking cessation products. But by the 21st century, they were making their own versions. So, what accounted for the change?

Here's the dirty little secret: Tobacco companies knew that these products hardly ever work as intended, without counseling. Indeed, many smokers use NRT products as supplements to smoking, rather than as quitting aids.

This insight was uncovered by University of California, San Francisco (UCSF) researchers, after an in-depth review of decades' worth of tobacco industry documents, using the Truth Tobacco Industry Documents Library database. The results were published in the American Journal of Public Health.

"This is the latest in a series of studies of what public health can learn from the tobacco industry's secret internal research," explains UCSF co-researcher Stanton A. Glantz, Ph.D. in an email interview. "The tobacco companies are often decades ahead of public health in thinking about their products."

"As far back as the '50s and '60s they were looking at nicotine beverage, candy and gum," says co-researcher Dorie Apollonio, Ph.D. This was a surprise to the authors. "Tobacco companies figured out a long time ago that NRT used improperly kept people smoking and that most physicians and patients were using it improperly. That's why they have not opposed giving away NRT and why they are now in the business themselves," Glantz says.

"They view NRT as one of a series of nicotine products. It's called the 'crave and release' market," Apollonio explains. "If they can sell you other products that have you addicted to nicotine they're fine with that. You see it already in efforts to move into e-cigarettes, even marijuana in some states."

Philip Morris International (PMI) is currently the largest tobacco company in the world, valued at $175 billion. Yet, it is apparently looking to veer completely away from cigarettes. "We're building PMI's future on smoke-free products that are a much better choice than cigarette smoking," its website states, adding, "Indeed, our vision – for all of us at PMI – is that these products will one day replace cigarettes." The site goes on to note that more than 2.9 million people have kicked cigarettes in favor of switching to PMI's new products.

Originally, tobacco companies didn't want to expand into NRT for fear of attracting FDA regulation. But in 2009, federal law allowed tobacco companies to sell NRT products without triggering FDA regulation of cigarettes. The researchers found documents where the companies stated that their NRT could compete right along with pharmaceutical NRT and their goal was to gain market control of these types of products.

The researchers and other nicotine addiction experts are frustrated by how NRT products are being used to complement, not replace, cigarettes. This product re-direct keeps many hooked because they're easily able to get a 'fix' when in nonsmoking places, like offices. However, NRT products are actually very effective for smoking cessation, when used as directed. "You can increase your chances of quitting by up to 50 percent by combining behavioral therapy and pharmacotherapy," Apollonio says.

The researchers believe that these products should be sold as prescription-only. (They were originally sold that way but became available over the counter in 1996 after lobbying from the pharmaceutical industry). "NRT should only be used as part of an organized and monitored quit attempt and in combination with counselling. It should not be sold over the counter or as a 'craving relief' product the way the tobacco companies are marketing it," Glantz says.

That's not to say it's completely impossible to quit without behavioral therapy, but it is more difficult. Clinical psychologist, certified tobacco cessation specialist and Annum Health co-founder Dr. Lauren Wolfe says someone who can manage their cravings and is knowledgeable about all the NRT options, could conceivably quit on their own. But most people don't have those skills.

"What I often hear from patients is that simply using the right nicotine replacement therapy isn't enough," she emails. "When it comes to quitting smoking, a combination of nicotine replacement tools, therapy and patience are what work best. A skilled therapist will tailor treatment to each individual and their smoking behaviors and urges, as well as any related life circumstances. With smoking, you have to break the nicotine addiction, but you also have to identify and practice coping skills for your triggers, which is where a skilled therapist can play a decisive role."

Now That's Cool
Master-level tobacco cessation professional Christopher Gerhart has people who are interested in quitting smoking document the specifics of when, where and in what emotional state they most crave a cigarette. "[They] learn more about their triggers to smoke. That way, they can begin to prepare for quit day and have some strategies in place... [They also] learn to delay smoking for greater and greater intervals leading to a greater sense of self-efficacy," he says.

Astronaut Pee and Yeast Could Revolutionize Our Future in Space 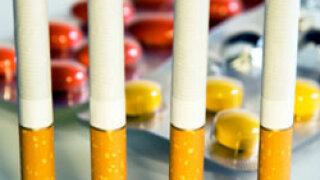 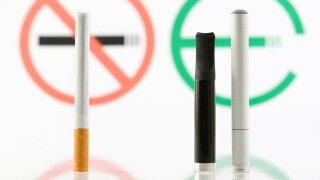 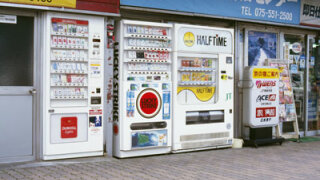