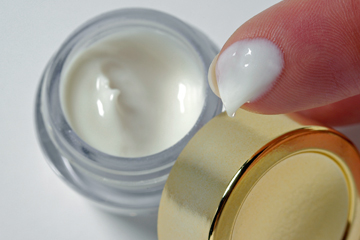 It's not easy being a woman. The slew of products we need to put on our faces to protect and camouflage our skin as we age not only creates a substantial time suck in the morning, it also racks up a considerable tab at the cosmetic counter. So this would explain all the hubbub about the BB creams that have recently come on the market. BB Creams -- also known as beauty balms or blemish balms -- have recently swooped into the American marketplace offering an all-in-one solution to your multi-step morning skincare regimen.

As with any beauty product that's getting a lot of hype, BB creams have their proponents and their detractors. In one camp, BB creams are being hailed as multi-tasking miracle creams, doing the job of your foundation, your moisturizer, your sunscreen, your anti-aging serums as well as vitamins and anti-oxidants in one product. But upon further inspection, others say these creams are little more than an expensive tinted moisturizer with SPF. If you're not sure what to make of these so-called miracle creams, read on for more information about how BB creams work.

The original BB cream was developed by a German dermatologist, Christine Schrammek, in the 1960s. She created it specifically for patients who had a skin peel and wanted to look presentable while their skin healed. It was formulated as an all-in-one ointment that could simultaneously moisturize, calm, conceal and protect skin, but it remained in relative obscurity until Schrammek introduced it to the South Korean and Japanese markets in the 1980s. Once a few well-known Asian actresses got their hands on it and touted it as the reason for their porcelain skin, it became a must-have product, and these days, it's not uncommon for a Korean drug store to have an entire aisle devoted to BB cream.

Because it was mass-produced specifically for Asian skin tones, until recently, most BB creams were only available in a few shades, making it a coveted but difficult product to send across the waters to other countries. In 2011, American cosmetic giants jumped on board and introduced it to the American market in a wider spectrum of skin-tones and BB cream took off yet again. While most BB creams share the moisturizing, concealing and sun protection combo, not all creams have the same ingredients. Keep reading to learn more about the active ingredients in BB creams. 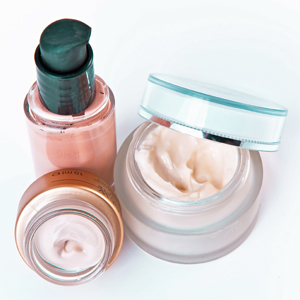 Just like foundation, you want the color of the balm to closely match your skin.
Hemera/Thinkstock

There are quite a few BB creams on the market, so you can be sure that not all of them are created equal. The biggest difference between Asian and American brands -- besides the array of skin tones -- is how it works with your skin. Often, the Asian beauty market touts flawless skin as the ultimate goal, so their BB creams are thicker with more of a primer element. some even contain a lightening ingredient. In contrast, Americans beauty trends toward a healthy, outdoorsy look, calling for a more sheer cream that gives your complexion a radiant finish.

In most western BB creams, the main active ingredients are various sunscreens and tints, but a few manufacturers have added other ingredients touting certain properties, such as hyaluronic acid to moisturize and vitamin C to brighten. It's also important to note that some brands have skipped adding SPF to get it on the shelves faster, so be sure to read ingredients list carefully. Some BB creams even boast anti-aging and skin regenerating properties, but experts say to be wary of these claims. The only known skin regenerators are retinoids and even if a BB cream contains them, it's unlikely that it would be in a high enough concentration to work well.

Can Marijuana Enhance Athletic Performance?
FDA Redefining 'Healthy' for First Time in Decades, Wants Your Input
How much vitamin D do you get from the sun?