Researchers are trying to pinpoint the cause of a mysterious syndrome that causes pain, fatigue and other maladies so they can treat it appropriately.

It's called fibromyalgia and it strikes mostly women like Donna Paduano.

Nine years ago, Paduano was in a failing marriage, raising two young sons in Connecticut, working full time and managing some chronic health problems. Such challenges would wear anyone out, but Paduano was feeling more than fatigued—she was also in pain.

"It felt like somebody hit me with a baseball bat — but all the time," says Paduano, who was told by a rheumatologist that she was suffering from fibromyalgia.

Says the 43 year-old Paduano, who has rebuilt her life in San Diego: "You're not going to die from fibromyalgia, but you'll always have to live with the chronic pain. That's what fibromyalgia is."

The Symptoms of Fibromyalgia?

In fact, fibromyalgia is a chronic pain disorder characterized by generalized muscle pain. Sufferers count about a half dozen "tender points" where pain is intense. These points are in the neck, shoulders, below the elbows, and the lower back, hips and legs.

Paduano primarily experienced fatigue, generalized soreness and pain in her back and shoulders.

And fibromyalgia can be accompanied by a host of other wide-ranging conditions, ranging from irritable bowel syndrome to depression.

Although people have suffered with it for a long time, fibromyalgia only got its name in the last decade. But because of the far-ranging and seemingly disparate symptoms, many physicians misdiagnose the condition as osteoarthritis, depression or anxiety. Even more disconcerting to Paduano and fellow sufferers is that fibromyalgia is considered by many doctors a "waste basket" diagnosis — often reserved for hypochondriacs and preoccupied women. 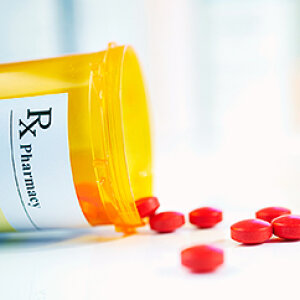