by Kate Kershner Aug 10, 2017
An acupuncturist applies needles to a woman's shoulder. A large study published in 2017 investigated whether acupuncture could help women with polycystic ovarian syndrome get pregnant — and didn't find any supporting evidence. Hero Images/Getty Images

Many of us find ourselves living with a body that isn't quite clockwork-perfect. When as many as one in 10 women have a condition that leads to cyst-filled ovaries and possible infertility, there's still plenty of room for science to intervene and give women the freedom to make better choices about parenthood and general health.

But when it comes to polycystic ovarian syndrome (PCOS), a hormonal condition that causes ovarian problems that often result in fertility issues, many have sought alternative treatments, like acupuncture, that had some promise as good complementary medicine for treating PCOS and the infertility struggles that go with it.

"Had" being the important qualifier.

A randomized study published in 2017, using 1,000 Chinese women with PCOS, didn't find that acupuncture increased the number of live births. The blinded study put the women into four groups:

Dr. Richard Legro, a professor of obstetrics and gynecology and public health sciences at Penn State University College of Medicine, is a co-author of the study. He says in an email that previous studies about acupuncture and PCOS have had the following limitations: "small sample size, lack of randomization, no standardized protocol [and] no blinding of treatments." In other words, this study was the first to look broadly and systematically at the benefits of acupuncture of PCOS. And the results were surprising.

"We designed this trial to document a benefit of acupuncture, alone or in combination with the drug clomiphene," Legro says, as previous smaller studies had shown promise. But the results said otherwise, although Legro does acknowledge that some critics will still not be appeased if they disagree with the methods of acupuncture used.

"Acupuncture experts want it both ways," he says. "They want to say acupuncture works, but without a standardized protocol, it is not reproducible. These 'experts' criticize every study that is done which show no benefit, because acupuncture wasn't done the way they do it (with or without supplements) and therefore is invalid."

But the researchers maintain they were diligent about methodology. "To control for the confounding of varied techniques we utilized a single active acupuncture protocol and a single control acupuncture protocol," Legro says. "We followed accepted guidelines [called STRICTA] for conducting randomized controlled studies of acupuncture."

So don't get out your wallet for acupuncture if you have PCOS and are looking to increase your chances for a birth. Of course, not all hope is lost — it's heartening to see that clomiphene produced a statistically important result that increased the odds of a live childbirth for those women with PCOS.

Learn more about acupuncture in "Acupuncture: A Comprehensive Text" by Chen Chiu Hseuh. HowStuffWorks picks related titles based on books we think you'll like. Should you choose to buy one, we'll receive a portion of the sale.

NOW THAT'S COOL
The study did find that back pain during pregnancy for those who received active acupuncture versus placebo was less frequent. New practice guidelines from the American College of Physicians also recommend acupuncture as a possible avenue of back pain relief.

In 1680, the Pueblo Peoples Revolted Against Spanish Colonists … And Won

How Did 'Fido' Become the Default Name for a Dog? 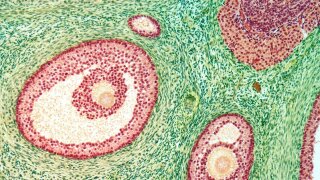 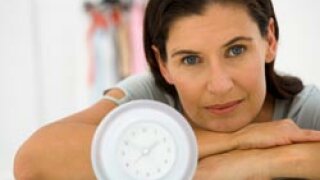 The Basics of Polycystic Ovarian Syndrome