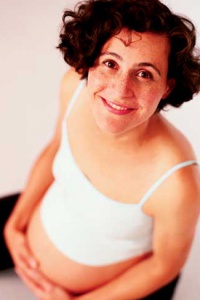 Yeast infections, especially recurrent ones, are a signal that your body is out of balance. Candida normally grows in a healthy vagina, where the slightly acid pH environment keeps Candida and other microorganisms from multiplying rapidly enough to cause infection.

Yeast infections are not restricted to women only. You know that diaper rash covering the cutest little bottom you've ever seen? Guess what? Yeast. And that condition called thrush that babies often develop in the mouth? Yeast again. It's a fungus that can proliferate anywhere the breeding ground is right.

However, if the normal vaginal pH is altered, one or more microorganisms can begin to grow unchecked. The itching, burning, pain, and discharge are caused by the waste products of rapidly multiplying Candida (or other) organisms.

There are a variety of factors that can throw your vaginal environment out of balance, including:

Pregnancy. The hormonal changes associated with pregnancy alter the vaginal pH and increase the production of blood sugar, which provides food for infectious organisms.

Menstruation. Some women report more yeast flare-ups just before or just after their menstrual period.

Antibiotics. Candida live in the healthy vagina in balance with other microorganisms, especially lactobacilli. Tetracycline, ampicillin, or another antibiotic, taken for an unrelated infection, often kills the vagina's lactobacilli, allowing Candida to multiply out of control. Some antibiotics, especially tetracycline, also appear to stimulate the growth of yeast organisms.

Diabetes that is poorly controlled. When diabetes is poorly controlled or uncontrolled, the level of sugar in the urine and vagina, as well as in the blood, increases, providing food that can fuel increased yeast growth. Indeed, repeated yeast infections in the vagina or mouth are often the clue that prompts doctors to test patients for the presence of previously undiagnosed diabetes.

Illnesses or drugs that impair immune function. Illnesses and diseases such as AIDS as well as corticosteroids and other medications that suppress the body's immune system can also affect the balance of microorganisms in the vagina and, thus, the body's ability to keep yeast in check.

Stressful times. Doctors don't fully understand the stress/yeast connection, but many women report an increase in yeast infections during times of high stress. It is possible that part of the explanation lies in the effects chronic or uncontrolled stress have on the body's immune function.

Typical symptoms of a vaginal yeast infection include intense itching and soreness accompanied by a thick white discharge. Symptoms of a genital yeast infection in men include irritation and itching in the genital area, sometimes accompanied by white discharge under the foreskin and/or swelling at the end of the penis. In the throat, yeast looks like creamy white patches.

While yeast infections can often be treated successfully at home, it's important to be sure that yeast is really the culprit. Infection with other types of organisms, which may require treatment with prescription medication, can often cause symptoms similar to those of a yeast infection.

Why do women have more migraines than men?
Women, are you getting enough iron?
Polycystic Ovarian Syndrome Symptoms and Diagnosis