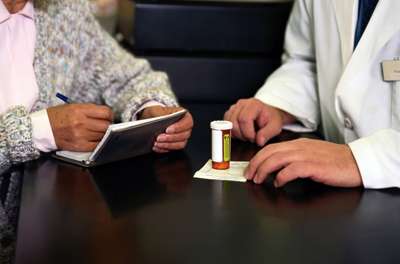 As the population ages, spending on prescription drugs has been increasing faster than other aspects of our health care costs. From 1994 to 2003, prescription drug spending rose at double-digit rates each year. And it's still rising, although the increase can now be measured in single digits [source: Kaiser Family Foundation]. A few changes in the world of prescription medication have contributed to this slight slowdown in spending -- including the way health insurance companies offer prescription drugs. Many insurance plans have excluded high-cost drugs from coverage, cut down on refills and increased co-pays.

There has been much debate and research on how insurance companies can profitably meet our prescription drug needs. Let's find out what's going on.

Any insurance plan's prescription drug coverage includes a formulary, or a preferred drug list. It contains the medications your plan prefers and that can usually be prescribed without any prior authorization. This list is created to keep the drug costs down for the insurance company while still offering you a competitive choice of medications. One main purpose of the formulary is to encourage you to use the generic form of a given drug. If you don't choose the generic, some plans will charge more. Others may ask for the price difference plus the normal co-pay, some have a deductible for name-brand drugs and others will simply deny the coverage altogether.

If your doctor prescribes a drug that isn't on your health insurance plan's formulary, most plans have an authorization process in which a drug may be approved on a case-by-case basis. Usually in these situations, you must have already failed with the approved treatments or experienced adverse effects from them. If your coverage is still denied, an appeal process is usually available.

So, how is a formulary created? Your insurance company has a committee that is normally composed of physicians, pharmacists and other health care providers. This committee selects drugs and other products on the formulary, keeping in mind factors like safety, efficacy and quality, along with the cost to the insurance company. Most formularies are reviewed and revised on a quarterly basis. New FDA-approved drugs may be added to the list, and noneffective or expensive older drugs may be removed. 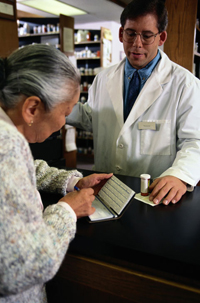 Patient assistance programs can help the uninsured get the medications they need.
Keith Brofsky/Photodisc/Getty Images

Some of us with health insurance struggle to pay for our prescriptions, so imagine how hard it would be if you had a chronic condition and no insurance. Luckily, patient assistance programs -- funded by state governments, charitable organizations and even drug companies -- can come to the rescue.

If you qualify for these programs, it usually means you earn too much to qualify for government-funded programs but don't make enough to afford your own health insurance. Or maybe you can't get health insurance based on your medical history and can't afford all of your medications. Each PAP has different criteria, which can be confusing for people on medications from different drug companies. So the drug industry launched the Partnership for Prescription Assistance (PPA) to help patients find the right assistance fast. The PPA provides information on more than 475 PAPs and can help patients contact Medicare or other government programs that could be of use. Several other agencies provide the same services -- Access to Benefits Coalition specializes in the aging population and Medicare information, and NeedyMeds offers information from drug companies, state and local companies and programs based on specific diseases.

For more information on prescription drug benefits, check out the links on the next page.

Americans spend more on pharmaceuticals per capita than residents of any other country. Here's some advice on how to save some money.

6 Surprising Things Health Insurance Doesn’t Cover in America
How Medicare Works
What Does Medicare for All Really Mean?

10 Facebook Faux Pas in New Relationships
Do baby boomers have a higher incidence rate of depression than other generations?
Abortion Overview