by Alia Hoyt Feb 21, 2019
A nurse checks the board at Grady Memorial Hospital's emergency department in Atlanta, Georgia. Georgia is one of the states where Anthem may deny paying for an ER visit it deems unnecessary. Jonathan Torgovnik/Getty Images

Navigating the healthcare system is already pretty dicey, and a new program put forth by insurance giant Anthem is muddying the waters even more for some. Known as the Emergency Department Review (ED Review), the company's program launched in 2017, with the intent of reducing unnecessary visits to the nation's emergency rooms.

In and of itself, the ideal isn't such a bad thing, since emergency departments are sometimes ill-used. In fact, a 2010 report found $38 billion per year in wasteful spending thanks to ED overuse. However, per Anthem's policy, if a person goes to the ED with symptoms or a condition that turns out not to be life-threatening, they could wind up holding the bag for a whole lot of money.

"If a consumer chooses to receive care for non-emergency conditions at the ED when a more appropriate setting is available, Anthem will request more information (including additional medical records) from the hospital and a statement from the consumer as to why they went to the ED," explains Christina Gaines, communications director for Anthem, Inc. in an email. Then, "an Anthem medical director will review the additional information using the prudent layperson standard, and the claim might be denied as not a covered service. In the event a consumer's claim is denied, they have the right to appeal."

Much of the controversy surrounding this program lies with the prudent layperson standard Gaines mentioned. The standard was enacted by the U.S. Congress back in 1997, with 47 states opting to also work it into state law, as well. It was done to add a layer of protection for healthcare consumers, so that they can seek care without working up a huge ED bill.

"The Prudent Layperson Standard requires health insurance companies to cover visits based on the patient's symptoms, not the final diagnosis. This means if a patient has chest pain but turns out to have a non-urgent medical condition, such as a gastritis or muscular pain, the insurance company must still cover the visit," says Dr. David Farcy, president of the American Academy of Emergency Medicine (AAEM) in an email interview. "We have a duty to safeguard patients and cannot expect our patients who have little to no medical training to be doctors and know the difference between a minor or a life and death medical condition. Anthem is forcing the patients to be doctors and completely disregard federal and state laws that protect patients."

Indeed, anyone who's ever been in a potentially emergent situation knows that sometimes the most logical choice isn't always the most obvious. This is further convoluted by a healthcare system in which it's often difficult, if not impossible, for a person to see a primary care physician or a specialist in a timely manner. Hence, ED visits that could have been handled elsewhere.

Such was nearly the case for Baltimore, Maryland-based lactation expert Amanda Gorman. "I was almost forced to go to the ER [emergency room] this week [early February 2019] because of [a] kidney stone, and couldn't get a new appointment with a urologist," she recalls via email. Gorman is a nurse practitioner married to a physician and was trying to go to the hospital where her husband works. "So if we're having trouble navigating this, I can't imagine the struggles for regular patients," she says.

Gorman ended up finding an appointment with an out-of-network specialist, a potentially costly risk in itself. "It's probably 6:1 in terms of expense (what I'll pay out of pocket for out of network vs an ER copay) but I would've rather avoided the hassle of the ER and I am stubborn, knowing how poorly the healthcare system is currently operating. It shouldn't be this disjointed," she adds.

Many emergency medicine experts don't mince words about the potentially damaging effects of the plan. "This will harm people and lead to injuries and deaths. The goal of this program is not the denials, it is about the fear. People will be afraid to seek emergency care. ACEP feels this policy is incredibly dangerous and puts people at risk in the name of profits," says Dr. Ryan Stanton, a Lexington, Kentucky-based emergency physician and spokesman for the American College of Emergency Physicians (ACEP). "I have talked to a number of people that were denied and the common theme was how upset they were, but more importantly, they are now afraid to go to the emergency department, even if they feel they have an emergency."

Both doctors hammer home the point that many conditions present with similar symptoms, whether they wind up being benign or truly life-threatening. "Chest pain can be a heart attack or heartburn. Abdominal pain can be appendicitis or gas. A headache can be a ruptured aneurysm or a hangover. The challenge with medicine is that it deals in shades of grey and rarely black or white. The key is that if you feel your life or health are at risk, go to the ER," Stanton says.

Not everyone thinks Anthem's program is completely off base, however. Lindsey Artola is a health policy expert with Sage Health Strategy who supports some type of penalty for unnecessary use of the ED. "The Emergency Room is by far the most expensive way to get health care, and with the advent of urgent care centers, nurse triage lines, and other alternatives it is a poor use of health system resources for folks to use the ER as a primary care office," she emails. "I think a financial penalty for misuse of health system resources isn't necessarily a bad idea."

So how bad is the problem of "misusing" the ER? Statistics vary widely. A 2017 study published in the International Journal for Quality in Health Careusing data from 2005-2011 ER visits found that only 3.3 percent of ER visits were avoidable, in line with the 2015 CDC statistic of 5.5 percent. Meanwhile, Truven Health Analytics, drawing on insurance claims data from 2010, said that 71 percent of ER visits were unnecessary and avoidable. Clearly, the word "avoidable" has different meanings for different people.

"Consumers who reasonably believe that they are experiencing an emergency medical condition should always go to the emergency room or call 9-1-1," says Anthem spokesperson Gaines. She points out that Anthem will always cover ED visits under certain conditions, for example:

Many of these exemptions were added in January 2018 after public objections to its original policy. Gaines adds that Anthem's ED program is currently in effect in five states — Missouri, Georgia, Ohio, Kentucky and Indiana — with no current plans to extend its reach.

Now That's Important
An unexpected bill is one of the worst kinds of surprises there is. Unfortunately, "surprise billing" is a fairly common side effect of an ED visit, since it's totally possible to go to a hospital that's in-network, only to be treated by a doctor who isn't! In fact, this happens about 22 percent of the time, leading to some pretty hefty, unanticipated bills.

Does Paying People to Relocate to a State Work? 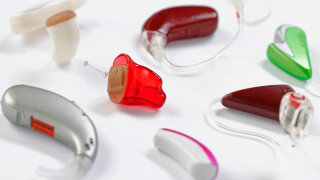 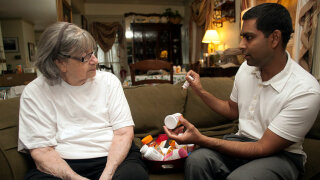 Why Just 5% of Americans Account for 50% of U.S. Health Care Spending 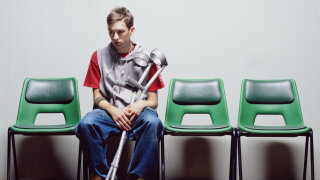