How can someone die from drinking too much water? 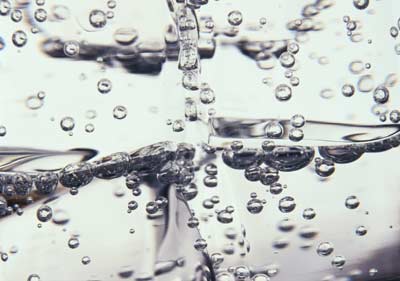 In January 2007, hours after competing in a radio station contest to win a Nintendo Wii, 28-year-old Jennifer Strange was found dead in her California home. The station's "Hold Your Wee for a Wii" challenge awarded the game system to the contestant who could drink the most water without having to take a trip to the bathroom. According to preliminary autopsy reports, Ms. Strange apparently died from drinking too much water too quickly, resulting in a condition called water intoxication.

At its most basic, water intoxication occurs when a person drinks so much water that the other nutrients in the body become diluted to the point that they can no longer do their jobs. You've probably heard the term electrolyte before, whether in reference to sports drinks (which provide electrolytes in addition to fluids) or to certain conditions, such as bulimia or diarrhea, that cause dangerous "electrolyte imbalances" in the body. Electrolytes are simply salt ions (atoms with an overall positive or negative charge) that cells use to move fluids and nerve messages into and out of cells and throughout the body. Without electrolytes, the body can't function (see What are electrolytes? for a more detailed description). Water intoxication causes an electrolyte imbalance that affects concentrations of the ion sodium, and it leads to a condition called hyponatremia.

In cases of water intoxication, it is extreme hyponatremia that can ultimately cause coma and death. If it's caught early, treatment with IV fluids containing electrolytes can lead to a complete recovery; but untreated, hyponatremia is fatal. Water intoxication is basically one form of hyponatremia -- the condition can also be caused by excessive sweating, severe burns, prolonged dehydration and certain liver and kidney problems, among other diseases and conditions.

When a person dies from hyponatremia as a result of water intoxication, the initiating factor is a severe sodium imbalance that causes massive cell damage. Sodium is a positively charged ion, and its role in the body is to circulate the fluids outside of cells. As a result, sodium helps regulate blood pressure and maintain the signals that let muscles operate properly, among other things. Cells actively maintain a precise sodium concentration in the body. Inside the cell, there are more electrolytes; outside the cell, there is more water. Cells keep sodium levels healthy by moving water and electrolytes into and out of the cell to either dilute or increase sodium levels in body fluids. But when someone drinks a tremendous amount of water in a short period of time, and the water does not contain any added electrolytes, the cellular maintenance system can't handle the level of sodium dilution that occurs.

The result is that cells desperately try to increase the sodium concentration in body fluids by taking in tremendous amounts of water. Some cells can swell a great deal; others cannot. Brain cells are constrained by the skull and can end up bursting with the pressure of the water they are taking in.

The exact amount of water intake that can lead to water intoxication is unknown and varies with each individual. Symptoms of water intoxication actually look a lot like the symptoms of alcohol intoxication, including nausea, altered mental state, and vomiting. Other symptoms include headaches, muscle weakness and convulsions. In severe cases of water intoxication, coma and death come fairly quickly as a result of brain swelling. The condition is quite rare in the general population, but in distance athletics, it's a known risk and is often avoided by drinking sports drinks instead of water during training and events.

How the Framingham Heart Study Works
The Year in Poop
Are stomach ulcers caused by stress?