by Timothy Gower
Next 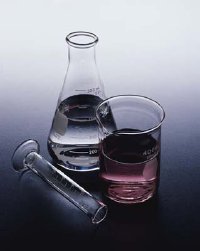 ©2007 Publications International, Ltd. Insulin was successfully extracted from a dog's pancreas in 1922.

The modern age has been full of amazing technological advances -- high-speed travel, the Internet, blue M&M's... However, if you have type 1 diabetes, you are no doubt a big fan of one particular 20th century innovation: insulin therapy. Before there was insulin therapy, people whose bodies stopped producing the hormone didn't hang around for long; there wasn't much doctors could do for them.

In the 19th century, after researchers figured out that the body needs this critical hormone to burn glucose as energy, doctors tried different ways to restart production of insulin in people with type 1 diabetes. Some physicians even tried feeding fresh pancreas to patients. The experiment failed (and probably left more than a few patients begging for a palate-cleansing sorbet), as did the other attempts to replace missing insulin.

Finally, in 1922 a former divinity student named Dr. Frederick Banting figured out how to extract insulin from a dog's pancreas. Skeptical colleagues said the stuff looked like "thick brown muck." Banting injected the insulin into the keister of a 14-year-old boy named Leonard Thompson, whose body was so ravaged by diabetes that he weighed only 65 pounds. Little Leonard developed abscesses on his bottom and still felt lousy, though his blood sugar improved slightly. Encouraged, Banting refined the formula for insulin and tried again six weeks later. This time Leonard's condition improved rapidly. His blood sugar dropped from 520 mg/dl to a more manageable 120 mg/dl. He gained weight, and his strength returned. (Poor Lenny -- although his diabetes remained in control for years, he died of pneumonia when he was just 27.)

Banting and a colleague, Dr. John Macleod, won the Nobel Prize for their work. Commercial production of insulin for treating diabetes began soon after. For many years, drug companies derived the hormone using pancreases that came primarily from stockyards, taken from slaughtered cows and pigs, which didn't need the organs anymore.

Animal insulin has saved millions of lives, but it has a problem: It causes allergic reactions in some users. In 1978, a fledgling biotechnology company named Genentech produced the first synthetically manufactured insulin that could be made in large amounts. Using bacteria or yeast as miniature "factories," the gene for human insulin was inserted into bacterial DNA. The result was human insulin, called recombinant DNA insulin, which did not cause the problems that animal insulin sometimes did.

When it became widely available in the early 1980s, this new insulin changed the treatment of diabetes forever. Today, almost all people with diabetes who require insulin use a form of recombinant human insulin rather than animal insulin.

For more information on insulin and diabetes, try the following links:

R.D., C.D.E., received her degree in nutrition and dietetics from the University of California, Davis, and completed her dietetic internship at the University of Nebraska Medical Center in Omaha. She has developed educational programs that have benefited more than 5,000 patients with diabetes. She specializes in and speaks nationally on approaches to disease treatment, specifically diabetes.

, M.D., F.A.C.P., F.A.C.E., C.D.E. is the author of more than 50 papers in medical science and speaks nationally on new advances in diabetes. He is an associate clinical professor at the University of California Natividad Medical Center and cofounder and medical director of the Diabetes Care Center in Salinas, California.

Diabetes Medications, By the Numbers