People turn to medications to help them feel better, but sometimes the inactive ingredients found in prescriptions can have just the opposite effect. A study published in the March 13 issue of the journal Science Translational Medicine revealed that the scope of people affected by inactive ingredients has long been underestimated. So, while you might assume that only the "active" ingredients in a prescription are going to have any impact, the inactive components (which often make up more than half of each dose), actually can affect you as well.

The inclusion of inactive ingredients isn't optional, however, as they perform pretty important functions. "Inactive ingredients are necessary in most medications, as they typically serve an important purpose in the formulation of the drug," explains Dr. Tara Thompson, pharmacist and vice president of clinical services with Innovation Compounding in Kennesaw, Georgia. Among those purposes, she says, they can help extend the life of the drug on the shelf, or make drugs more palatable. Inactive ingredients also necessary to simply hold the components of a tablet together, plus they're a critical part of many sustained and immediate release capsules.

"However, there are small populations of patients who are sensitive or allergic to some of those possible ingredients, or prefer they be left out," Thompson says, adding, "excipients [inactive ingredients] make up the majority of many medications. The actual active drug ingredients are just a small percentage of the total product, depending on the dosage form."

Often, potentially problematic inactive ingredients are everyday allergens, like lactose, peanut oil, dyes, sugars and preservatives. "Ingredients such as lactose or certain types of sugars are each present in approximately 50 percent of medications and can be associated with GI distress. Other ingredients, such as gluten, tartrazine and peanut oil, are much less common but might cause reactions that could be more severe," says Dr. Daniel Reker, one of the study's lead authors and a Swiss National Science Foundation postdoc at MIT's Koch Institute for Integrative Cancer Research in an email. "That being said, what really struck us is how common it is for a pill or capsule to contain at least one of such critical ingredients."

Indeed, Thompson works with patients all the time who are aware of sensitivities or allergies and wish to avoid them in their medications. For example:

What You Can Do

So, here's the good news. Most people who're going to react to inactive ingredients are probably already aware of and on top of the situation. "Many patients that will be affected by such effects will be so severely allergic to these ingredients that they already are aware of their sensitivities and can consult their pharmacy to ensure that none of the medications they are taking contains these ingredients," Reker says. "If a patient suspects that they have a reaction to an inactive ingredient, they should consult their doctor who can diagnose such allergies and sensitivities and help them to identify a different version of the same medication that can avoid such ingredients if necessary."

Another option for people with specific requests who want an added layer of security is to turn to a compounding pharmacy to fill their prescriptions. "Compounding is actually the oldest form of pharmacy. That's how it all started; with the mixing of individual ingredients to fulfill a prescription. Drugs weren't manufactured in mass quantities like they are today," Thompson says. "What we do here is we take the active ingredient and we weigh it out specific to the prescription the doctor ordered. We can make dosages and dosage forms that are not available at a retail pharmacy."

So, if you want to avoid gluten or dyes or peanut oil or all of the above, a compounding pharmacist can put it all together in a way that's in line with your body's preferences. For example, "If a patient told me they used a topical cream in the past that had parabens, alcohol or something they were sensitive to, I could formulate the same drug in a different base that didn't contain those inactive ingredients," Thomsp says.

Above all else, she says, it's important for people to know that there are options out there when it comes to medications and how they're made. "I think a lot of people feel stuck or as if they've run out of options if they are unable to tolerate a medication they were prescribed," Dr. Thompson says. "I want patients to know they do have options when it comes to drug therapy and there are ways to get around the adverse effects some inactive ingredients cause."

Now That's Cool
Gelatin capsules have become something of a sticking point for people who wish to avoid animal products. This is because they are typically derived from bovine animals (cows). Thompson has fielded inquiries from people who avoid animal products due to personal or religious beliefs at an increasing rate lately. "Instead of using gelatin capsules as the vehicle, there are vegetable capsules or 'veggie caps' we can use to accommodate this population," she says, noting that these alternatives are made from cellulose and other non-animal ingredients. 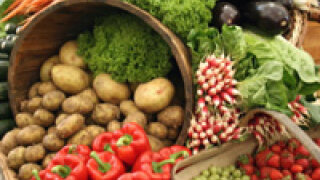 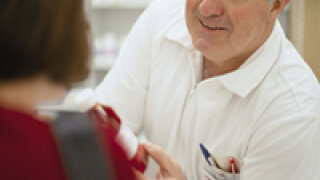