Browse the article Lipozene: What You Need to Know 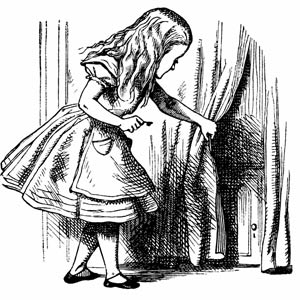 Though very rarely interpreted in this way, Lewis Carroll's "Alice's Adventures in Wonderland" could be seen as a metaphor for yo-yo dieting. Anyone who's experienced a substantial weight loss, only to have the pounds come creeping back seemingly overnight will surely id­entify with Alice's transformations from tiny to tall and back again when she nibbles on mushrooms or samples intriguingly labeled cakes and beverages.

And if you do read "Alice's Adventures in Wonderland" in the midst of a battle with the bulge, it's impossible not to be captivated by those magic potions. Imagine just being able to indulge in a beverage that will make you small enough to fit through a tiny door -- or, more preferably, a two-piece bathing suit. That would be infinitely easier than forgoing fatty foods and trudging to the gym.

Viewers of late night infomercials could be forgiven for believing that such a magic pill exists. The advertisement for the natural supplement Lipozene promises some truly wondrous results. By just taking a pill, you'll reduce your body fat, and with it, that number on the scale. That flat belly on the screen beside the spokesperson? That could be yours! Best of all to those who hate treadmills and love apple fritters, no changes in diet or exercise regimen are needed.

So should you serve Lipozene at your next tea party with the queen? In this article, we'll examine how Lipozene works, and whether it's a white rabbit worth following or just another scheme dreamed up by a mad hatter who lives in a world of make-believe lunacy.

Lipozene at Work in Your Body 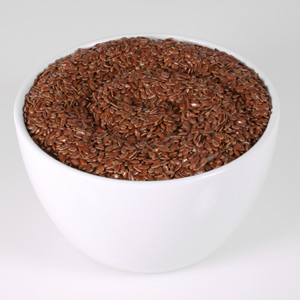 Flax seed is a good source of both soluble and insoluble fiber.
© iStockphoto.com/DavidOrr

Lipozene has only one important ingredient: glucomannan. Glucomannan is a natural fiber that comes from the konjac root, which is a plant found in Asia. Asians have long been hip to the helpful properties of glucomannan, and it's used for everything from skin care to a thickening agent in China and Japan.

As a weight loss tool, glucomannan works because it's an especially water soluble fiber. Most of the fiber we consume throughout the day, including from vegetables and whole wheat products, is insoluble fiber, which means that it passes through our digestive system more or less intact. These products speed digestion. When soluble fibers mix with water, however, they form a kind of gel or paste in the digestive tract that slows down the process of digestion. Soluble fibers are found in oat bran, fruit and some nuts. Both kinds of fiber are considered important to a healthy diet.

Glucomannan is much stronger than these other soluble fibers, though. When it's mixed with water, it forms a thick and expansive goo in the digestive system. In this way, glucomannan is very much like a sponge, or the nutritional equivalent of those toys that can grow to 600 percent their original size. Glucomannan isn't quite that impressive, but it does swell to about 17 percent of its original size [source: Natural & Alternative Treatments].

The theory is that if the glucomannan has swelled in your stomach, you'll no longer be hungry. Since you feel full, you won't want to snack on cookies or dine on steak, thus reducing your overall caloric intake. That principle has been proven in several studies involving glucomannan, but all of the participants in these studies combined the supplement with regular diet and exercise [source: Leamy]. In one study that took place in Norway, participants adhered to a very strict diet of 1,200 calories a day [source: Woolsten]. These restrictions are a far cry from the promises made in the Lipozene advertisement.

It's also important to note that these studies all dealt with glucomannan, rather than the product Lipozene. While the advertisement for Lipozene makes reference to a major clinical trial, the Los Angeles Times was unable to find this trial in a 2008 investigation. Nor could it find a trial for just glucomannan that produced the same results.

While the research may be tenuous, plenty of people who are frustrated with their bodies may turn to Lipozene. Find out more about its use on the next page. 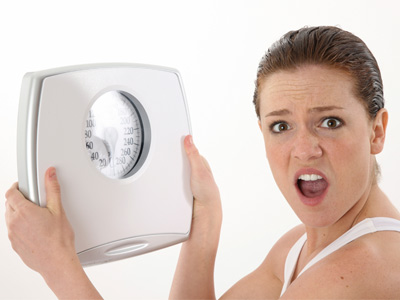 Do you need exercise, diet AND glucomannan to get that scale to move?
© iStockphoto.com/Stockphoto4u

Lipozene is indicated to be used as a means of losing weight, and it's available without a prescription. How much weight you want to lose will make a difference in how you use Lipozene. If you just want to lose a few pounds, Lipozene's manufacturer recommends taking one capsule, along with an 8 ounce (237 milliliter) glass of water before each meal. Don't skimp on the water -- remember, water is key to getting the glucomannan to expand in your stomach and create a feeling of fullness. If you want to lose more weight, then Lipozene's manufacturer claims that you should take two capsules with water a half hour before each meal. According to its Web site, Lipozene is safe to take at this dosage of six capsules a day.

As we mentioned on the previous page, studies evaluating glucomannan's effectiveness included participants who made changes to their diet and exercise regimen. While Lipozene advertisements have included the claim that no such changes are needed, a Lipozene supervisor reached by phone by Good Morning America in 2008 said that visible results may occur more quickly for people who do make those changes. The supervisor also said that while he hears success stories, he knows that the product doesn't work for everyone interested in weight loss [source: Leamy].

If Lipozene doesn't work for everybody, should they make such incredible claims in their advertisement? As it happens, the company that makes Lipozene has been fined for making unreliable claims about their products before. The Obesity Research Council LLC, the manufacturer of Lipozene, is a private company that in 2005 paid $1.5 million to the Federal Trade Commission for misleading claims about now-defunct products called FiberThin and Propolene [source: FTC]. The Obesity Research Council claimed the products would cause rapid weight loss without any need for diet and exercise, and the FTC found their advertisements to be deceptive, though the Obesity Research Council admitted no wrongdoing in the settlement [source: Leamy]. The products in question featured the same common ingredient: glucomannan.

Besides the possible side effect of being duped, are there any other side effects to worry about? 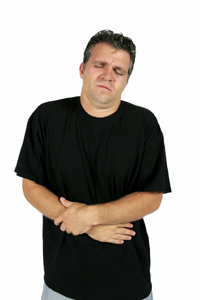 Stomach problems are the main side effect of Lipozene.
© iStockphoto.com/DIGIcal

Because Lipozene is made of glucomannan, which is a fiber, most of the side effects are similar to those you might have experienced if you've ever eaten too much fiber: gastrointestinal in nature, including gas, bloating and diarrhea. If you're concerned about the impact of having a sticky goo down in your stomach, it may be reassuring to know that no cases of intestinal obstruction from expanding glucomannan have been reported [source: Natural & Alternative Treatments].

In an interview with the Los Angeles Times, Vladimir Vuksan, a professor of nutritional sciences at the University of Toronto, said that if you took glucomannan in quantities of 20 to 30 grams each day, "your gut would explode" [source: Woolston]. In comparison, Lipozene comes in doses of 1500 milligrams. However, Vuksan said that the 20 to 30 grams per day regimen, which also causes severe diarrhea and gastrointestinal distress, was the best estimate for how much glucomannan would be necessary to achieve substantial weight loss [source: Woolston].

If you do the math, you may see that ordering those comparatively small doses of glucomannan offered by Lipozene may end with the side effect of regret. In fact, a simple Internet search will yield consumers many negative reviews and buyer beware warnings. And if the supplement really is inefficient, that regret does not come for cheap. If you take the maximum amount of Lipozene deemed to be safe by the manufacturer (6 capsules a day), then each 60-count bottle of Lipozene will last for only 10 days. At a cost of roughly $30 per bottle, that brings the cost of a one month supply to $90 [sources: Leamy, Woolsten]. If you're really interested in trying glucomannan, then other manufacturers sell supplements for one-third the price [source: Woolsten]. You may, however, get the same results from eating things rich in soluble fiber, including oat bran and apples.

For more on popular drugs and supplements on the market, see the stories on the next page.